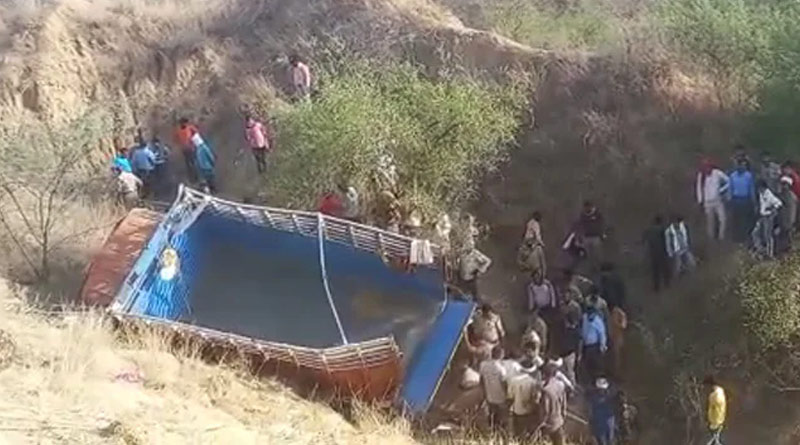 News Daily Digital Desk: Uttar Pradesh witnessed a terrible accident. A lorry carrying passengers lost control and fell into a ditch in Etawah district. And 10 people have lost their lives so far in this tragic incident. More than 30 people were injured. Many of them are in critical condition. As a result, the death toll is expected to rise further.

According to an all-India media report, there were 40 to 45 people aboard the lorry. There were also several women and children. They were going to Lakhna to attend a religious ceremony. But in the middle of the lorry driver lost control. Then it fell into a ditch 35 feet deep on the side of the road. Upon receiving the news, the local police officers rushed to the spot. The rescue operation started. It can be seen that many people have fallen away from the lorry due to the accident. Someone was also rescued from under the lorry.

As of last news, ten people have died in the incident so far. Each of the dead is male. Besides, 30 to 35 people were also injured. They were rescued and taken to nearby hospitals. Their treatment is going on there. However, the condition of some people is said to be very alarming. Meanwhile, police officials have already started a full investigation into the incident. Officials are trying to find out the cause of the accident. Whether the speed of the lorry was too high or the driver was drunk, all those aspects are also being investigated. Police officials have already spoken to several of the injured. The incident has caused a stir in the area. However, this is not the first time that Yogi Adityanath’s kingdom has witnessed more than one horrific road accident.