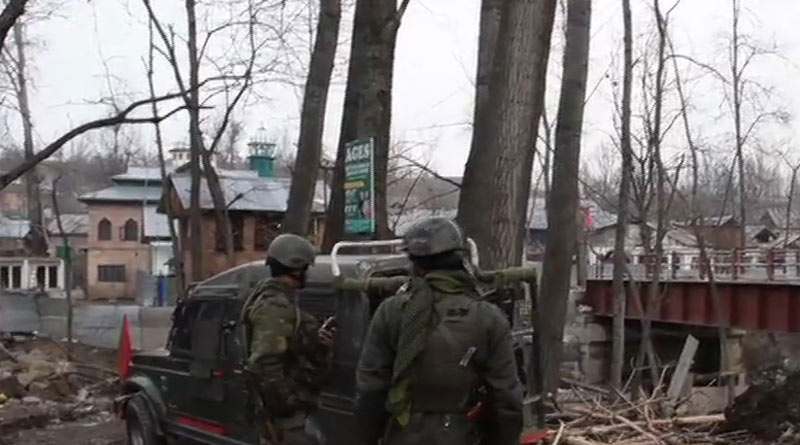 News Daily Digital Desk: After Friday, Jammu and Kashmir became hot with army-militant fighting. Terrorists are fighting with the security forces in not one but two places. There are reports that several militants are hiding in both places. The Indian army also killed a militant in Hadipora.

According to ANI sources, the militants are fighting in Hatipora of Kulgam and Senthan area of ​​Bijbehra tehsil of Anantanag district. A joint force of security forces and Jammu and Kashmir police launched a search operation in the two places after receiving a tip-off. Then the militants attacked them unexpectedly. The jawans also started retaliating. That fight is still going on. Nikesh has also become a militant in Hadipora.

An encounter has started at Hadipora area of ​​Kulgam. Police & security forces are carrying out the operation. Details awaited: Jammu & Kashmir police

Two encounters have started at Hatipora in Kulgam & Senthan in Anantnag: IGP Kashmir to ANI pic.twitter.com/5zw13GI838

Jammu and Kashmir: Encounter underway in Senthan area of ​​Anantnag. Police and security forces are carrying out the operation.

Earlier on Friday, India had achieved great success in killing militants in Sopian. Security officials secretly received information that militants were hiding in the Jan Mahalla area of ​​Sopian. After that, a joint force including 44 State Rifles personnel started searching there. The whole area is surrounded. A search operation was launched to find the militants. That’s when the militants started firing indiscriminately at the army personnel. Then began the fierce gun battle. That is the end of seven militants. However, three jawans were also injured in the clash.