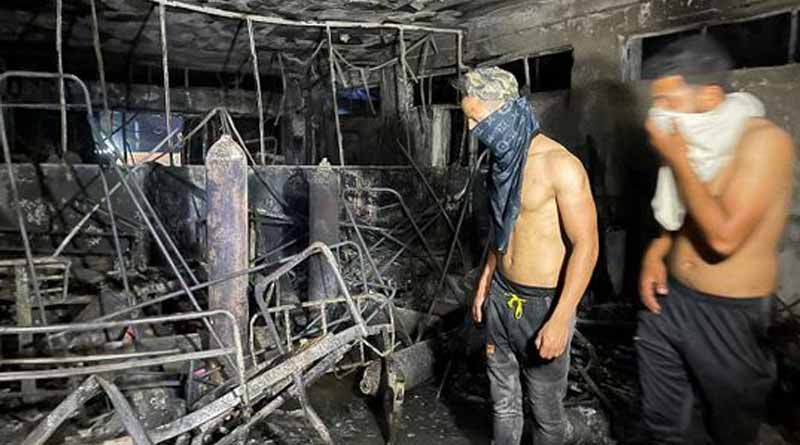 Published by: Paramita Paul | Posted: April 25, 2021 10:16 am | Updated: April 25, 2021 10:16 am News Daily Digital Desk: They took refuge in the hospital to escape death. The hope was that ‘God’ would win the battle of life by defeating Corona, the virus that killed doctors. But 23 Corona Virus patients were burnt alive in that shelter hospital. At least 50 people are fighting to the death. The Baghdad administration fears the death toll could rise further. The bomber struck shortly after noon in front of an oxygen supply unit at Covid Hospital. As a result, the intensive care unit (ICU) of the hospital is on fire. The number of corona cases in Iraq has already exceeded one million. In this long war-torn country, the health infrastructure has completely collapsed. Investment in this sector is at an all-time low. As a result, the country has virtually failed to deal with the epidemic in the normal way. The number of Kovid infections is increasing day by day in Sethan. According to local sources, at least 120 Kovid patients were being treated in the ICU of Ibn al-Khatib Hospital in the capital, Baghdad. There were also their family members. The hospital premises were shaken by the blast at midnight on Sunday. The fire broke out in the ICU at the moment. Black smoke covered the entire courtyard.

At least 23 people were killed while fighting with toxic fumes before firefighters arrived. It was possible to bring 50 people out of the ward. Although their condition is critical. The patient’s family members jumped out of the building and tried to escape. Many were injured. After a long effort, the fire brigade members brought the fire under control. Meanwhile, the government is blaming the negligence of the workers behind the incident. Upon learning of the incident, the Iraqi Ministry of Health summoned Baghdad Governor Mohammed Jaber. A commission of inquiry has been directed to find out the cause of the incident. The Ministry of Health has also given the provision of severe punishment to the culprits. According to sources, Iraqi Prime Minister Mustafa al-Qadimi has fired Health Minister Hassan al-Tamimi in the wake of the devastating fire.