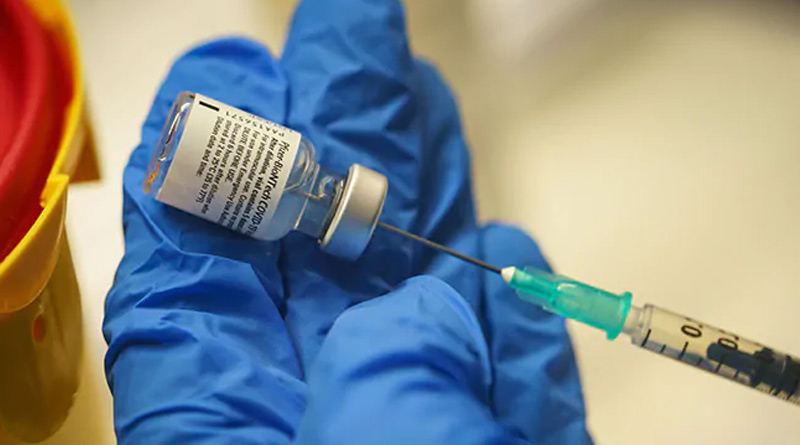 News Daily Digital Desk: From May 1, everyone over the age of 18 will be given the Covina Corona virus vaccine (COVID vaccine), the center announced. This time, the three BJP-ruled states have announced that it will not cost anyone over the age of 18 to get vaccinated in their state. Today, Uttar Pradesh Chief Minister Yogi Adityanath has announced that everyone in his state will be vaccinated free of cost. The decision was taken at a cabinet meeting chaired by him. Yogi Adityanath tweeted this news on this day. At the end, he wrote, “Corona will lose, India will win.” The Yogi government has already taken steps like a lockdown over the weekend to stop Corona. A lockdown has been announced from 8pm on Friday to 8am on Monday. With that, there is a daily night curfew. The cabinet meeting of the Yogi government on Tuesday night decided to provide free vaccinations to all adult residents of the state. The meeting welcomed the central decision to give COVID vaccine to all above 18 years of age. The cabinet said, “This decision of the prime minister will help to deal with Kovid. If vaccinated in large quantities, it will help to kill the corona virus.

Incidentally, not only Uttar Pradesh, but also the Assam government has taken the same decision. State Health Minister Himanta Bishwa Sharma tweeted that all residents of Assam between the ages of 18 and 45 would be vaccinated against corona. Similarly, the Madhya Pradesh government has also announced to provide free vaccination to those above 18 years of age. Shivraj Singh Chouhan’s cabinet took this decision in a meeting on Wednesday. The Kerala government has also said that all adults will be vaccinated free of cost. The fight against corona is getting harder and harder, according to health ministry statistics. In the last 24 hours, the number of daily corona infections has risen to 300,000. On Tuesday, 2 lakh 95 thousand 41 people were infected with corona in the country. Anxiety is also increasing the death rate. In this dire situation, the central government decided last Monday that only citizens over the age of 18 will be able to get the COVID vaccine by the end of April. At the moment, people under the age of 45 are being vaccinated.