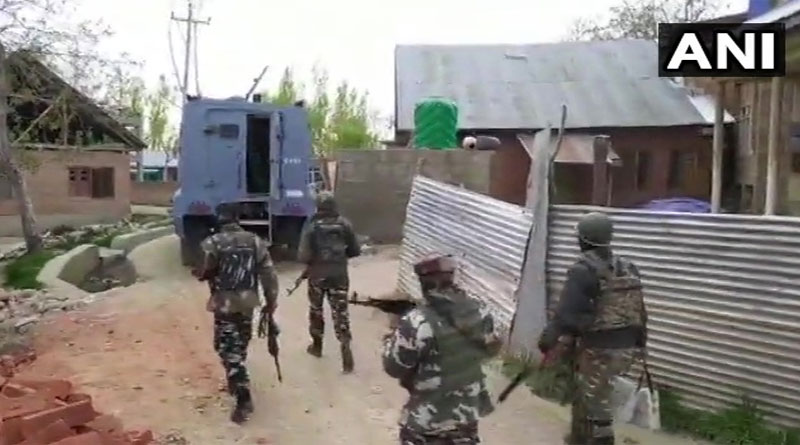 News Daily Digital Desk: Jammu and Kashmir is hot on the heels of military-militant clashes. Two days ago, India had a big success in an encounter in Shopian. That militant was killed. This time again the joint forces killed 3 terrorists. Two more militants were killed after one was killed in Sopian on Saturday night, police said Sunday morning.

According to earlier reports, the joint forces cordoned off an area of ​​Hadipora in Sopian district of south Kashmir on Saturday night. After that the militants started firing on the forces. After fighting for a while, 1 militant was killed. In all, 3 militants were killed in the operation.

Jammu & Kashmir: Search operation underway after the encounter broke out in Hadipora of Shopian last night. Three terrorists affiliated with terror outfit Al-Badre were killed by the security forces.

A statement from the police said that the police and security forces were working together to bring the newly joined jihadists back into the mainstream of society. Help is also being sought from their parents and family members in this regard. Even one militant killed in today’s operation had just joined the group. Kashmir IGP Vijay Kumar said, “His parents also tried. But the militant could not surrender for the sake of other militants. ”

Earlier on Friday, India had achieved great success in killing militants in Sopian. Security officials secretly received information that militants were hiding in the Jan Mahalla area of ​​Sopian. After that, a joint force including 44 State Rifles personnel started searching there. The whole area is surrounded. A search operation was launched to find the militants. That’s when the militants started firing indiscriminately at the army personnel. Then began the fierce gun battle. That is the end of seven militants. However, three jawans were also injured in the clash.