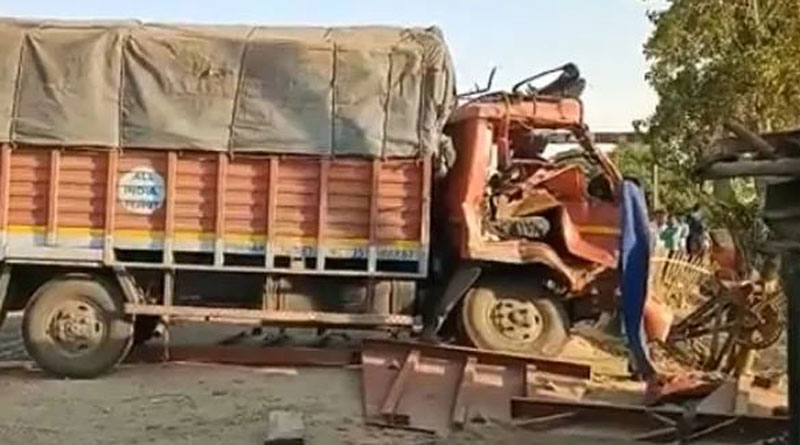 Published by: Biswadip Dey | Posted: April 22, 2021 12:01 pm | Updated: April 22, 2021 12:10 pm News Daily Digital Desk: Level crossing remained open even after the train arrived. And the consequences are deadly. Accident in Uttar Pradesh. Several vehicles were wrecked by the rushing train. At least 5 people died in the accident. Injured 1. The accident happened on Thursday morning in Shahjahanpur in the state. What exactly happened? Additional Superintendent of Police Sanjeev Vajpayee told PTI that the Lucknow-Chandigarh superfast train hit two trucks, a car and a motorcycle as the level crossing was open while crossing the Miranpur railway station. The train also derailed due to the collision. As a result, train movement has also stopped. 3 out of 5 people killed in the accident are members of the same family. One injured person has been sent to hospital. State police fear the death toll could rise further.

Disaster response forces have reached the spot. The question is how the gate of the level crossing remained open when the train arrived. Police have already started investigation. Police and administrative officials also reached the spot. It is learned that the level crossing was not mechanized. An attempt was made to find out which worker was responsible for opening and closing it and why he did not close it. District Magistrate Indra Vikram Singh said a team of railway engineers had reached the spot. Work is being done to repair the damaged railway line quickly. He hopes the situation will return to normal in a few hours. Meanwhile, Uttar Pradesh Chief Minister Yogi Adityanath has expressed his condolences to the families of the deceased. He also announced compensation of Rs 2 lakh to the families of the deceased.