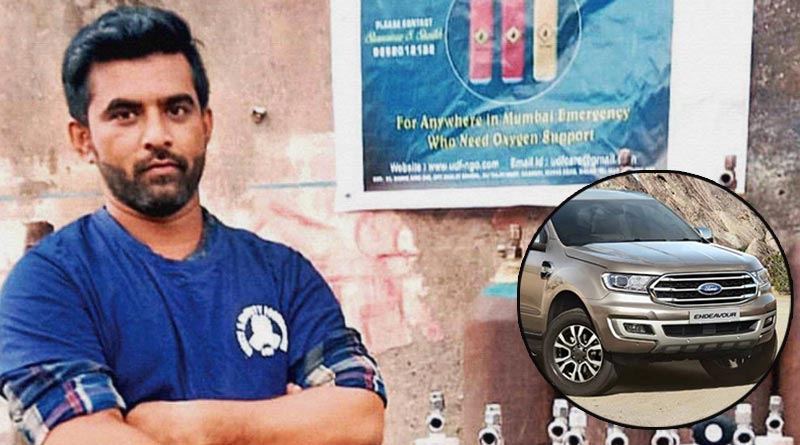 Published by: Arupkanti Bera | Posted: April 22, 2021 8:27 pm | Updated: April 22, 2021 8:27 pm News Daily Digital Desk: The whole country is in the throes of Corona Virus. Everyone is fighting like themselves. But there are some people who can really be an inspiration to others. Shahnawaz Sheikh, a young man from Mumbai, took selflessness to another level by standing by people. The wife of a friend of Shahnawaz died in Corona last year. The woman died due to lack of oxygen on the way to the hospital in an auto. That incident shook Shahnawaz. From then on, he went down to fight against Corona with a few others. Shahnawaz is reaching out to people in the area who need oxygen. They have taken this initiative since last year. People in the area now call Shahnawaz ‘Oxygen Man’.

Oxygen is one of the most needed medical components in the second wave of corona. Its demand has also started increasing in Shahnawaz area. But to stand next to people with oxygen cylinders in hand is starting to pull at the money in hand. In the control room they made, one phone call after another started coming instead of oxygen. So I want to see the end of the war that Shahnawaz has started and leave. Not willing to leave the war. So Shahnawaz has finally sold his 22 lakh Ford Endeavor to raise money to meet the increased demand for oxygen. Shahnawaz has bought 180 new oxygen cylinders with the money raised by selling cars. And so far they have helped about 4,000 people. And the story of these Corona Heroes is spreading from the media to social media. And netizens have filled them with praise.