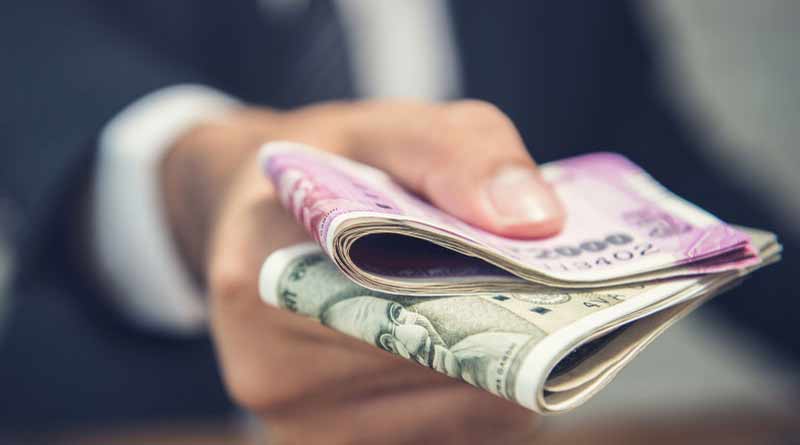 Published by: Arupkanti Bera | Posted: April 19, 2021 9:56 pm | Updated: April 19, 2021 10:03 pm Symbolic image. Raja Das, Balurghat: Trinamool was accused of distributing money at Balurghat in South Dinajpur to buy votes (West Bengal Assembly Election 2021). The local BJP leadership has made this allegation. They allege that they are trying to impress the voters with money in the name of leaflet delivery. It has been alleged that this has been done in several places in Balurghat.

The BJP alleges that money was being distributed from Dangi in Balurghat to Durgapur in Maligaon area of ​​Kushmondi assembly constituency and in Kalikamora area. The BJP’s allegation is that the Trinamool is going to people’s houses with the leaflet of ‘Bangla wants its own daughter’. And he is giving money to the voters under that leaflet. Bapi Sarkar, general secretary of Dakshin Dinajpur district BJP, said, “Behind the distribution of leaflets, it is being said that not only money is distributed but also one thousand rupees is paid in nine months. And for that, the Trinamool is writing the name, phone number, voter card, Aadhaar card. The ruling party of the state is trying to get votes by rigging. Wherever the issue has come to the fore, our workers have been vocal in protest. ”However, the ruling Trinamool Congress has directly denied the allegations. The BJP is trying to confuse the people by telling lies. People are with them. Mamata Banerjee has made considerable progress in the state. That is what is being put in front of the people. Trinamool has no need to buy votes with money. Not only that, the Trinamool has again complained that the BJP is scattering money around to buy votes. Trinamool’s South Dinajpur district chairman Biplob Mitra said, “The BJP is telling the opposite story. The BJP is scattering money in every area in an attempt to buy votes. But people will still vote for them. ”