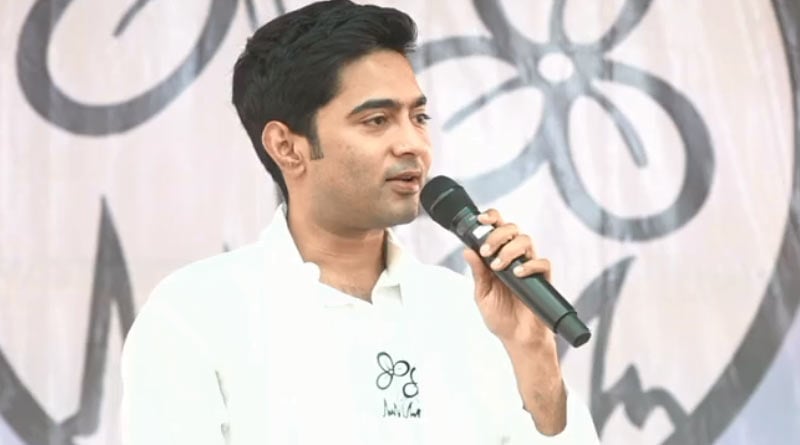 News Daily Digital Desk: The BJP is determined to make Bengal a golden Bengal. Home Minister Amit Shah has promised to give Sonar Bangla to the people of the state as soon as he wins the election. Young Trinamool president and MP Abhishek Banerjee taunted Shah over the incident. He asked the Home Minister, “Is this your golden Bengal?”

Central forces were accused of firing on grassroots activists in Shitalkuchi while they were on the voting line on Saturday morning. Many grassroots activists became bloody. When the injured were rushed to the hospital, the doctors declared the four youths dead. Several others were injured. The area became heated in the wake of this death. The commission said the central forces were forced to open fire. Summons a full report of the incident. Trinamool leaders have already strongly condemned the incident. Mamata Banerjee herself has blamed Amit Shah for the incident. The same tune is sung by Abhishek Banerjee.

Abhishek wrote on Twitter on Saturday afternoon, “Five people from Kochbihar were shot dead by the central forces on the morning of the polls. Amit Shah, is this the golden Bengal that you are talking about?

Heart wrenching reports of 5 innocent people shot dead by Central Forces coming in from Coochbehar. @AmitShah is this your vision for Bengal when u call for turning Bengal into ‘SonarBangla’?

Trinamool all-India spokespersons Derek and Bryan also sharply attacked the BJP on Twitter. Calling Modi-Shah a ‘murderer’, he said, “The BJP knows that they will not be able to win if they vote in a healthy manner, so they are killing.” Perth Chatterjee, Dola Sen and several other grassroots leaders are condemning this atrocity in Kochbihar.

When you can’t beat us fair ‘n square, you shoot & kill.
MO-SHA, you killers. At your command, EC recently changed DG, ADG of Bengal police and the SP of the area where killings took place today. 5 dead.

You both have blood on your hands. But then you are used to the feeling