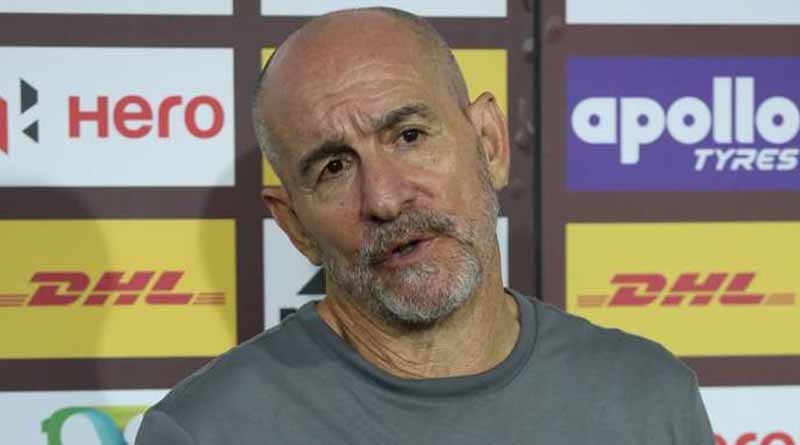 Staff Reporter: The camp for the AFC will not be in Kolkata, Maldives, yet the Mohun Bagan team management has not been able to fix it. However, Green-Maroon coach Habas said that he would be leaving for Kolkata on April 24 or 25. However, there is a small question mark on the side of this move. Habas itself has created doubts about that. The Spanish coach does not know whether it is possible to set foot in Kolkata on April 25 due to the increasing incidence of corona. If there are no serious problems, then he will definitely be in Kolkata by April 25.

Habas wanted to camp in the Maldives before the AFC match, thinking of Corona. Accordingly, both the AFC and the Maldives Football Federation applied for the camp. But to date, neither the AFC nor the Maldives Football Federation has received a letter of consent. As a result, even though the date of arrival in Kolkata has been fixed, Habas still does not know where the camp will start from April 26, even though it was planned long ago. If it is not allowed to camp in the Maldives alone, then the camp will be in Kolkata or Goa. At that time the situation will be examined and the situation will be better. With that in mind, the decision will be made where the camp will be held.

The number of foreign footballers should be reduced while playing in the AFC Cup. Although it is possible to play with five foreign footballers in ISL, four foreigners can play in AFC. One of them must do Asian quota. In the same way, Habas has created a picture of who will be called among the foreign footballers playing in ISL. However, the Spanish coach will hand over the list of footballers for the AFC to the team management on Monday. However, from what is being heard, Xavi Hernandez and Edu Garcia are going to be dropped from the AFC list. Roy Krishna, Tiri, Carl McHugh and David Williams of the Asian Quota will probably be in the squad.

As well as being the group champion, the ISL championship has also been missed, so this time it is Antonio López Habas with the AFC. Wanting to become the group champion and go to the next round. That’s why he started planning long ago.