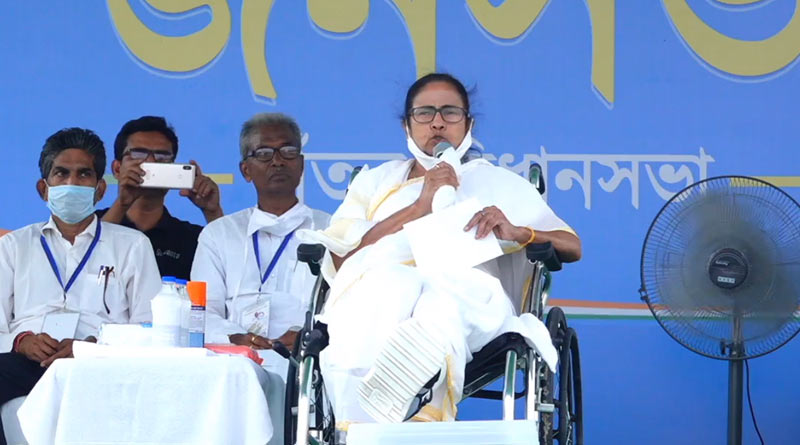 News Daily Digital Desk: Chief Minister Mamata Banerjee was injured while campaigning in Birulia, Nandigram. In that case, the Election Commission took strict action again. This time Ashok Chakraborty, the official in charge of the security of the Chief Minister, was removed. He was on duty as Officer on Special Duty or OSD. The commission said in a statement on Friday. However, it is not yet known who will be brought to the post.

Earlier on March 10, Chief Minister Mamata Banerjee was injured while visiting Birulia in Nandigram. He suffered serious leg injuries. The Chief Minister returned to Calcutta at night in a state of illness. He was admitted to SSKM Hospital for a day and a half. The incident in which the Chief Minister was injured naturally took on the color of politics. The Trinamool delegation approached the commission with multiple allegations. On the other hand, the BJP went to the commission to demand an adequate investigation. Meanwhile, the Election Commission had sought a report from the Chief Secretary and CEO on Mamata Banerjee’s injuries. At the same time, two special observers were asked to give their views. They also sat in the full bench meeting of the commission with their report.

The commission then ordered the removal of state security chief Vivek Sahayak. Gyanwant Singh was brought in his place. Bivu Goel, the district magistrate of East Midnapore, was also removed. Smriti Pandey became the new district governor in his place. Apart from this, Praveen Prakash was removed from the post of Superintendent of Police and Sunil Kumar Yadav was brought to that place. But after so many incidents, the Election Commission again removed an official of the Chief Minister’s security zone. And with this, questions have started to arise again in different quarters.