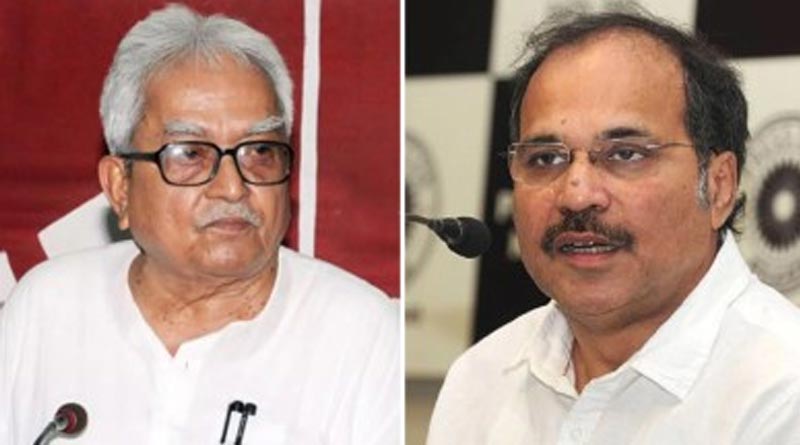 Buddhadev Sengupta and Abhishek Chowdhury: The United Front leadership blamed the simultaneous state and central ruling party for the unprecedented violence in the Bengal polls. The politics of polarization has provoked the cold snap. Left Front Chairman Biman Basu alleged that the incident took place at the instigation of the top leadership of the two parties. On the other hand, according to Adhir Ranjan Chowdhury, President of the Provincial Congress, the politics of conflict between the two forces has resulted in murder and violence at every turn. Apart from this, he also expressed doubts about the free and peaceful voting of the remaining four points.

The last three rounds (WB Elections 2021) were overshadowed by unrest and violence. Candidate harassment, car vandalism, allegations, counter-allegations as well as the deaths of four people in the firing of the Central Armed Forces in Shitalkuchi have come to the forefront of the discussion. Blaming the role of paramilitary forces, state politics became active in blaming each other. However, the Morcha leadership has blamed the Trinamool and BJP, not the force or the commission, for the incident. According to Left Front Chairman Biman Basu, it is not clear under what circumstances the central forces fired at Shitalkuchi in Kochbihar during the fourth round of elections. He demanded a high-level investigation into the incident and appropriate punishment for the culprits. He alleged that for some time now, the Prime Minister and the Home Minister have been inciting violence in the name of electioneering in different parts of the state. Similarly, the state chief minister has persuaded the party workers to surround the central forces.

The ruling party at the center and the state has taken this path to provoke the politics of polarization in the state. They are contaminating the situation. The Left alleges that this is creating an atmosphere of violence and division in the state. Biman Basu said there would be protest programs in the districts to pay homage to those killed in the paramilitary firing. The Prime Minister is also holding a campaign meeting on the day of each by-election. His speech is being televised during the voting. He thinks that this work is not in line with the electoral code of conduct and ethics. They demanded that the commission direct the Prime Minister to stop broadcasting the meeting during the voting period.

Meanwhile, Adhir Chowdhury, president of the provincial Congress, expressed concern that the death of Shitalkuchi would disrupt the voting. He said, ‘I don’t think the Election Commission still understands the situation on the soil of Bengal. The force they are giving is not enough and sufficient to hold peaceful elections in Bengal. Therefore, the Election Commission must fail. He then called the Trinamool and the BJP monsters and said, ‘The Trinamool and the BJP are responsible for the narrow, violent, communal politics in Bengal. Due to these two monsters, blood is flowing in Bengal today. So he compares this election to a circus. He also said that there is no law and order in the state due to the eight-point election.