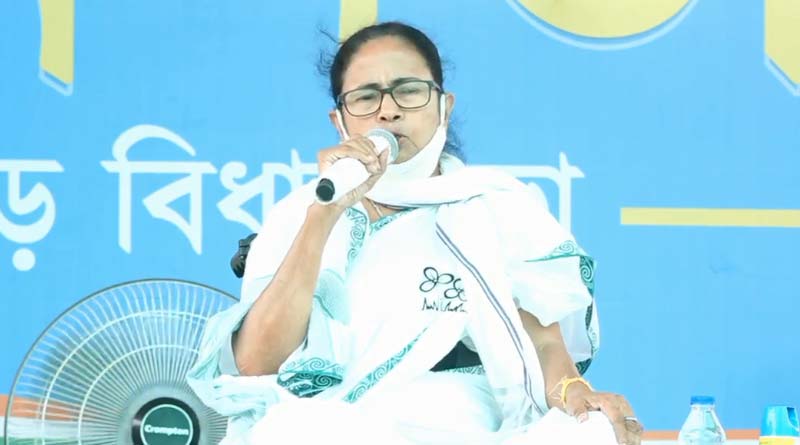 News Daily Digital Desk: There is nothing wrong with the CRPF, said Mamata Banerjee at an election rally in Balagarh. In the words of the Trinamool supremo, “The jawans are being forced to do many things under the direction of the BJP. But there is nothing wrong with them. ” He also challenged, saying that no matter how hard the BJP tries, the victory of the grassroots is certain. Balagarh candidate praised the entertainment business.

Voting in Bengal started at the end of March. West Bengal Assembly Elections in 44 seats in the fourth phase on Saturday. Among them is Balagarh of Hughli. According to the rules, Thursday is the last day of the campaign. On the same day, Trinamool supremo Mamata Banerjee took the campaign by storm. The Trinamool leader on Thursday said, “It is not the fault of the jawans.” He alleged that the Center and the BJP were instructing the Central Army personnel to intimidate the locals after the expiry of the campaign period. So they are forced to do a lot. On that day, he said, if there is any disturbance, go directly to the police station. File a complaint. If anyone says that section 144 is in force in the area. But you will know that it is a lie. Section 144 continues within 200 meters of the booth alone. Nowhere else.

He also slammed the BJP on several issues from today’s meeting. He targeted the Center on a number of issues, including rising gas and petrol prices. Addressing the common people, he said, “Not a single vote should go to any other party. Every vote must be given to the grassroots. Then you will get free ration for life and the benefits of all other projects.