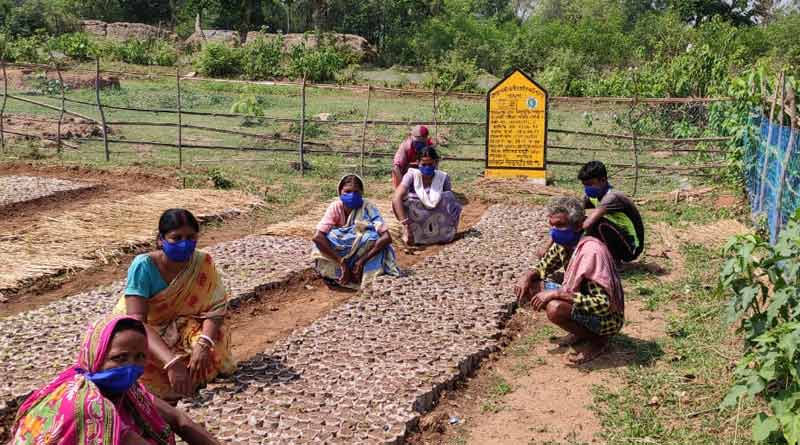 Sumit Biswas: In the WB Assembly Polls, Bengal has gained the recognition of the Center for its good work in the three-tier Gram Panchayat. The ‘National Panchayat Award 2021’ is being given to 11 gram panchayats in seven districts. In addition to the overall good work, the award is being given in a total of four categories. The seven districts are Birbhum, Purulia, West Midnapore, East Burdwan, South 24 Parganas, Darjeeling and Alipurduar. However, keeping COVID-19 in mind, the Ministry of Panchayati Raj will transfer the prize money to Prime Minister Narendra Modi on the 24th of this month without any ceremony and will send all the certificates later. The ministry has written a letter to the chief secretary of the state panchayat and rural development department. Lakhra, Bidhannagar 2 of Fansidewar in Darjeeling, East Kanthalbari in Alipurduar 1 block of Alipurduar, Birpara one in Madarihat block, Sitahati and Birbhum district councils in Ketugram 2 block of East Burdwan.

This award is being given in four categories in total. Deendayal Upadhyay Panchayat Empowerment Award winning Birbhum District Council – including Shalbani, Mograhat 1, Lakhra, Bidhannagar 2, Gaura, East Kanthalbari, Karanjali. In addition to the overall work in this section, there is a reward for thematic. With the exception of Gaura and East Kanthalbari, the rest of the panchayats have received awards overall. This success is due to the Gaura toilet project and the work done to increase the income of East Kanthalbari. Gautam Das, executive assistant of Lakhra gram panchayat in Purulia, said, “All the panchayats of the country have to take part in the overall work. Although we have been rewarded for good work overall, we have given special importance to tourism. ”

In this gram panchayat area, the house belongs to Sujoy Bandyopadhyay, the president of Purulia district council. In his words, “Lakhs are now leading the way not only in the district but also in the country in the work of Gram Panchayat. We are proud of his award. ” Amsole Gram Panchayat in West Midnapore is receiving the Nanaji Deshmukh Rashtriya Gaurab Gram Sabha award. Sitahati in East Burdwan is receiving the Child Friendly Gram Panchayat Award. Birpara 1 of Alipurduar is getting Gram Panchayat Development Plan Award. The Center has announced this award with the permission of the Election Commission. Sangbad Pratidin News App: Download to get the latest updates of news Like to stay in the daily news Like on Facebook and follow on Twitter. Get updates on all news LikeDownload News every day