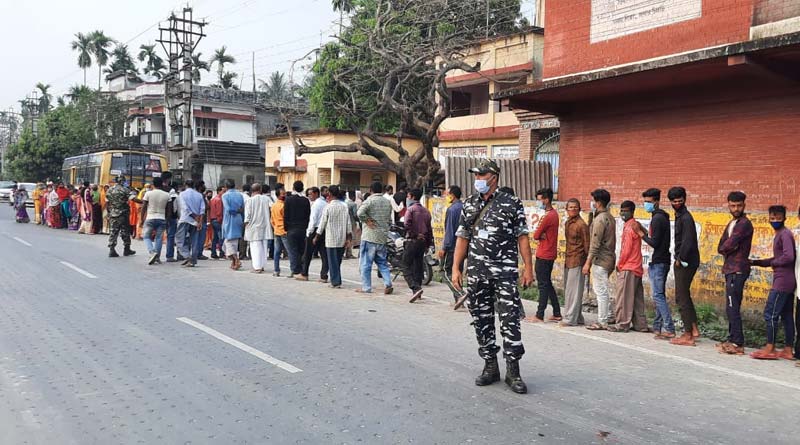 Today is the sixth round of voting in the state. Four districts North Dinajpur, Nadia, North 24 Parganas, East Burdwan in a total of 43 constituencies. The fate will be decided by multiple heavyweight and star candidates. The details of the sixth state vote remained. 8.04 am: Trinamool accused of obstructing BJP agents from sitting at booth No. 91, Goalbathan in Swarupnagar. 8.02 am: Hot Amdanga on the night before the sixth round of voting. It is alleged that the bomber struck shortly after noon in front of a Trinamool leader’s house. 8.54 am: Attack on BJP office in Navadwip. About 150 miscreants allegedly carried out the attack. At least 20 BJP workers were injured. 8.52 am: 43 assembly constituencies in four districts have been cordoned off under tight security. 69 company forces have been deployed. 8.40 am: Bangaon also got hot last night. Allegations of caning of grassroots activists. Injured 2 party workers. 7.37 am: Bombing in Itahar on the night before the vote. 8.30 am: Noise before polling begins. Unrest at booths 6 and 7 in North Dumdum. Allegations of preventing BJP agents from sitting. The arrow of accusation is towards the grassroots. However, the Trinamool has denied the allegations of BJP candidate Archana Majumdar.