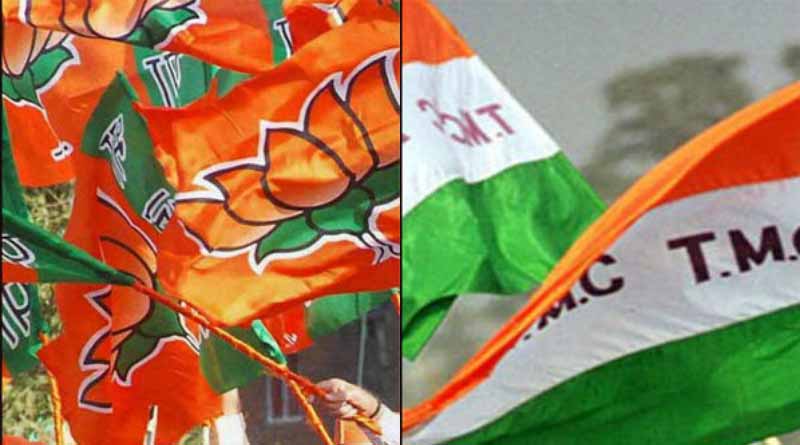 Published by: Subhajit Mandal | Posted: April 22, 2021 7:29 am | Updated: April 22, 2021 7:29 am Photo: Symbolic Revolution Chandra Dutt, Krishnanagar: News of excitement from different parts of the state on the eve of the sixth round of polls. BJP workers attacked while setting up a camp office in Nadia’s Nabadwip. Allegations of attacks are on the grassroots. The ruling party has denied the allegations. Meanwhile, BJP workers have been setting up a camp office near their party office in Rani Chara area of ​​Ward 8 of Navadwip Municipality on Wednesday night. It is alleged that about 150 grassroots activists attacked them at that time. Several workers of Gerua camp were injured in the clash. The BJP claimed that at least 20 of its workers were injured. Three of them had to be admitted to Navadwip State General Hospital. An alarming one. However, the ruling camp has denied the allegations.

Not only Navadwip, news of unrest came from several places in the state on the night before the polls. It is alleged that the bombing took place overnight in Amdanga of North 24 Parganas. Trinamool (TMC) alleges that outside miscreants bombed booths 61 and 72 in Amdanga overnight. Not only that, fresh bombs were also recovered in Rahana area of ​​Amdanga this morning. Trinamool has also been accused of bombing Chopra in North 24 Parganas overnight. As usual, the ruling party has denied the allegations.

Meanwhile, there have been reports of tensions from multiple centers in North Dumdum since the morning of polling day. There are allegations that BJP agents were not allowed to sit in multiple booths. A heated situation has arisen over the allegation of obstructing the agents in booths 6 and 7. Trinamool has accused the police of lathi charge. Overall, tensions have been running high across the state since the morning of the sixth round of polls. Sangbad Pratidin News App: Download to get the latest updates of news Like to stay in the daily news Like on Facebook and follow on Twitter. Get updates on all news LikeDownload News every day