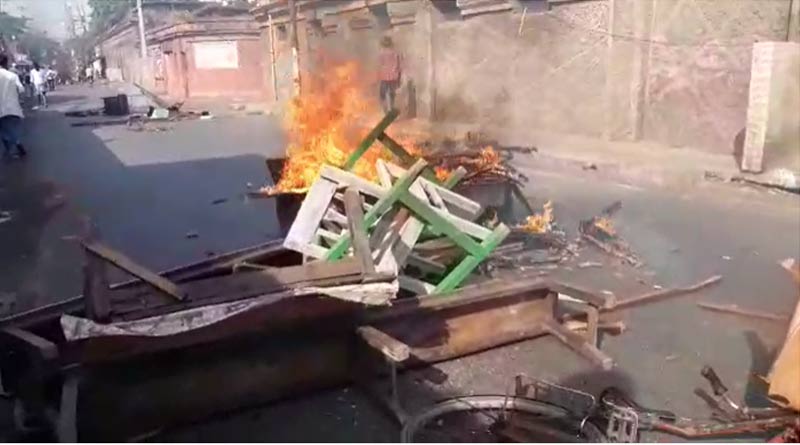 Published by: Tiyasha Sarkar | Posted: April 25, 2021 11:42 am | Updated: April 25, 2021 11:42 am Arnab Das, Barakpur: The gates of Reliance Jute Mill in Bhatpara were closed as soon as the vote was over. About one and a half thousand workers lost their jobs. Naturally, they erupted in anger. Protests went on outside the factory for a long time. Later the police went to the spot and brought the situation under control. It is learned that the workers went to the factory on Sunday morning like other days. Then he saw the gate closed, notice hanging. It has been said that the factory was closed indefinitely due to lack of raw material. Naturally, the workers erupted in anger after that. They blocked the road in front of the factory. Massive vandalism took place in the office of the workers’ organization. The workers blocked Ghoshpara Road. One by one the tia was burnt on the road. Thunderstorm conditions are created. Upon receiving the news, a large police force went to the spot. He tried to bring the situation under control by convincing the workers. After a few hours the area is calm. The mill authorities have not yet commented on the matter.

According to the workers, in the Corona situation, they will not accept the closure of the factory without any prior information. They warned of a larger movement if the factory was not reopened immediately. Corona infections are on the rise. Everyone thinks the question is, will the lockdown not be issued again to stop Kovid? The general public is fearing the final financial crisis. In this situation, the workers of the jute mill lost their way.