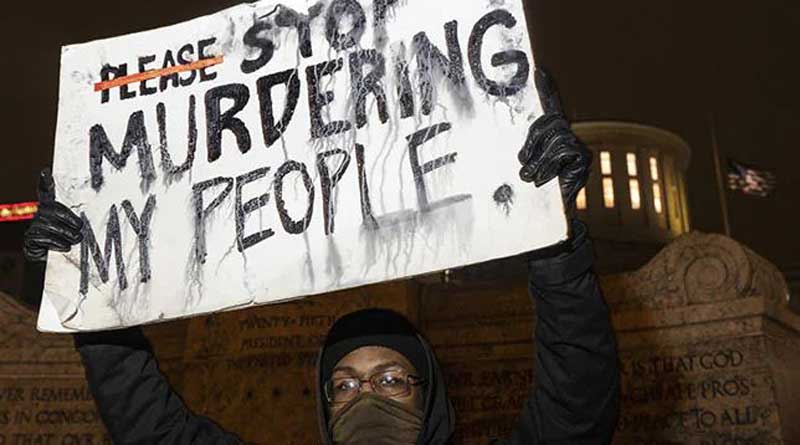 Published by: Biswadip Dey | Posted: April 21, 2021 5:43 pm | Updated: April 21, 2021 6:22 pm News Daily Digital Desk: US policeman Derek Chauvin has been found guilty of killing George Floyd. But an hour before the accused policeman was convicted by a US court, a black man was bleeding again on American soil. A black teenager has been shot dead by police in the U.S. state of Ohio. Allegations of racism and police brutality are not new in the United States. But at the moment, there are new allegations in the country. Many have joined the protest against him. In such an atmosphere, the court has given an important verdict in the George Floyd murder case. The death of a black man happened again in him. Around which protests gathered again.

What exactly happened? Michael Woods, chief police officer in Columbus, Ohio, said the emergency number was 911. After receiving the complaint of that phone, the police appeared at the spot. That’s when it came to light that a quarrel was going on between the two teenagers. Crowds have also gathered around. This time, a teenager is seen moving towards another with a knife-like weapon. After that, the police shot at the girl. His lifeless body fell on the spot. City police have shared a scene captured on camera by a police officer. The deceased has been identified as Makhaiya Bryant. He was 18. The mayor of Columbus mourned the tragic death of a minor. “It’s a sad day for the whole city,” he said. He asked everyone to pray for the family of the girl. Police recovered the knife from the scene, which was allegedly in the hands of the girl. Although her mother claimed to the local media, her daughter was of a pacifist mentality.