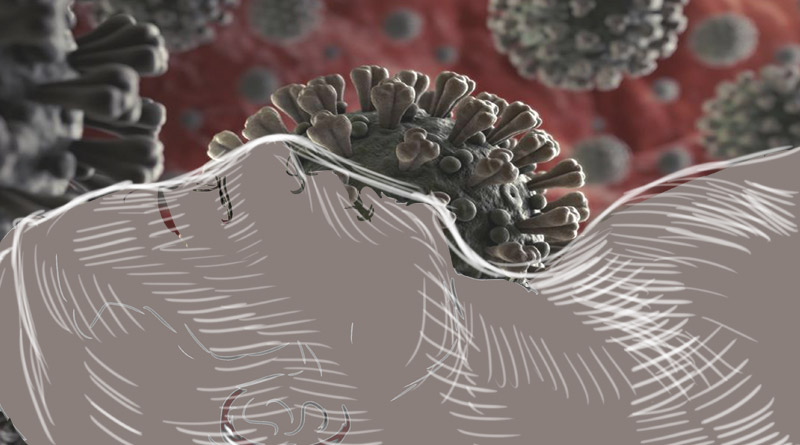 Debabrata Mandal, Baruipur: After about 15 hours, the body of the deceased was cremated at COVID-19. The deceased’s son alleged that no one came forward for fear of infection. Later, however, with the help of the police and the municipality, the bodies were recovered and taken to the vehicle following certain rules. The incident took place in Rajpur-Sonarpur area of ​​South 24 parganas. In this situation, the relatives of the deceased are naturally involved in such non-cooperation. In Rajpur-Sonarpur Municipality Jadavgarh area. A 65-year-old man named Dilip Kumar Roy died at home on Thursday night. It is learned that Kovid has been suffering from multiple symptoms including fever, cold and cough since last Saturday. Examination later showed that he was infected with covid. But he was being treated at home. After his death on Thursday, family members called various places and requested for a funeral, but it was not accepted.

The body of the deceased was recovered from the house in Corona around night. Such is the allegation of his son Amit Roy. In this regard, Amit Babu said, “We have run around in different places, there are bodies lying at home. At first no one helped to remove the body. Later, however, the police and the municipality jointly arranged for the body to be taken away. ”According to municipal sources, it is not the job of the municipality to recover the body from the house in Corona. All protocols have to be maintained for the removal of the body infected with covid and the body is taken only in the vehicles specified by the government. It is then taken to the Canning crematorium. In this crematorium only corpses are buried in Corona. In this regard, the Chairman of Rajpur-Sonarpur Municipality Dr. Pallabkanti Das said, “After informing about the incident, I immediately issued the death certificate. The police station has also been informed in time. But it takes time to recover the body because there is a car problem. ”