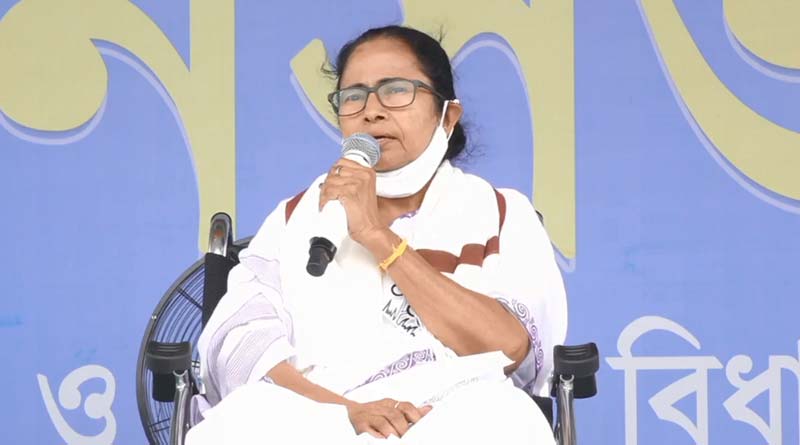 News Daily Digital Desk: Trinamool leader Mamata Banerjee directly blamed the BJP leadership for the deaths of four people in the Central Force firing in Mathabhanga. Realizing that he would not be able to win in the democratic process, he attacked, fearing that the BJP was trying to occupy Bengal. He also said that the incident was planned in advance. At the same time, Mamata did not stop attacking the Election Commission as well as Prime Minister Narendra Modi and Union Home Minister Amit Shah. He held a press conference in Siliguri on Saturday. Mamata Banerjee said that she is not going to break her head today for the code of conduct, she will go to the spot tomorrow.

On the one hand, the BJP is alleging that Mamata Banerjee’s siege of the central forces was the reason for the beheading. On the contrary, Mamata Banerjee directly challenged, saying there was a peaceful vote. No one (central forces) was attacked. If only video footage could be found from someone. Ordinary people standing in line have been shot. He also announced that the CID would investigate the incident. He also explained that he would not sit idly by and said, “I am not Thunto Jagannath. The state still has a democratically elected government. I have a responsibility as the Chief Minister. The incident will be investigated by the CID. ”

Mamata Banerjee has repeatedly blamed Amit Shah for the incident. The Prime Minister and the Election Commission were also his targets. His complaint is that police officers who do not know the area have been given district responsibilities. At the same time, Mamata Banerjee questioned why retired police officer Vivek Dubey was repeatedly given the post of police observer (previously in the same post in the 2019 polls). Mamata alleged that the central forces were disobeying Delhi’s orders and realized from Nandigram how deadly they were.

Mamata also commented that Amit Shah was the conspirator of this incident. At the same time, the Prime Minister and the Election Commission were also his targets. He alleged that police officers who do not know the area have been given the responsibility of the district.

Mamata Banerjee also questioned why Prime Minister Narendra Modi did not get upset after the incident even though he was in Siliguri. He also called for a one-vote vote against the BJP instead of a single shot. Remove the BJP from the whole country. Mamata Banerjee also said that there will be protests in the block tomorrow.