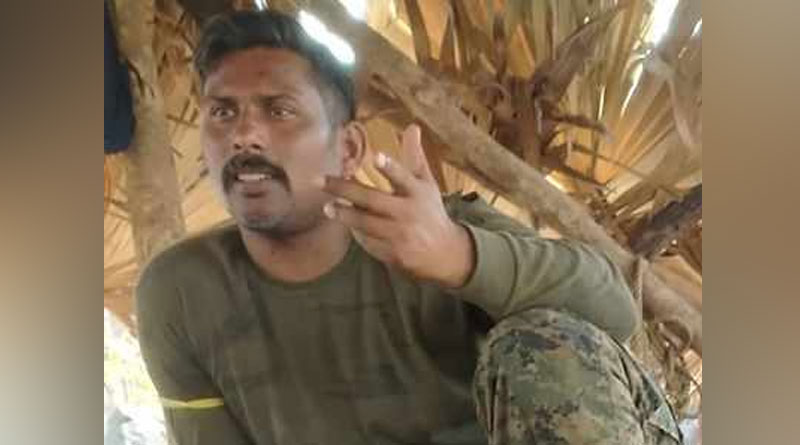 News Daily Digital Desk: Cobra Commando Rakeshwar Singh Minhas, who was captured by the Maoists in Chhattisgarh, was finally released. That is what the news agency ANI sources said.

CoBRA jawan Rakeshwar Singh Manhas kidnapped by Naxals during Bijapur attack on April 3, has been released by them: Police sources pic.twitter.com/7ikLXFd8Ym

Last Monday, a local journalist reported that Rakeshwar was in the custody of the Maoists. Maoist top leader Madhabi Hidma Naki herself called the journalist. The Maoists published his picture and offered to hold talks with the government. Earlier, a video of the captive soldier’s daughter spread on social media. In the video, a five-year-old girl is heard crying with tears in her eyes, “My father should come back soon.” His wife Meena said that he got the news of Rakeshwar’s disappearance from TV. As news of Rakeshwar’s disappearance spread, his family was virtually shattered. Meena has even appealed to Lieutenant Governor of Jammu and Kashmir Manoj Singh to make arrangements to return her husband quickly.

On Saturday, 22 soldiers were killed in clashes with Maoists in the jungle between Bijapur and Sukma in Chhattisgarh. Police claimed that 25-30 Maoists were also killed in the clashes. However, no trace of the jawan named Rakesh was found after the clash. Incidentally, in the last four years, the Cobra forces have continuously increased the number of camps in the Maoist-dominated Bastar and Sukma areas of Chhattisgarh. Within the dense jungle, an area of ​​about 600 square kilometers was gradually occupied. The Maoists were forced to retreat from the area mainly due to the aggression of the forces.