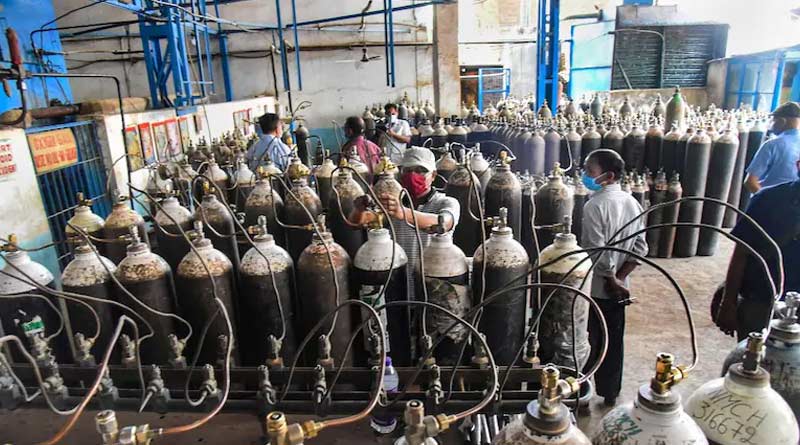 Published by: Monishankar Choudhury | Posted: April 19, 2021 9:09 am | Updated: April 19, 2021 9:09 am News Daily Digital Desk: The second wave of Coronavirus infection has hit India. The deadly virus is spreading at an alarming rate. Recently, two to two and a half lakh people are infected daily and there is a shortage of beds, medicines and oxygen in hospitals across the country. Therefore, to meet the shortage of oxygen in hospitals, the Center has been issuing a temporary ban on the use of oxygen in the industry from April 22.

On Sunday, Union Home Secretary Ajay Bhalla wrote letters to the chief secretaries of each state and union territory. There he ordered the imposition of a temporary ban on the use of oxygen in the industry. However, the ban will not apply to nine critical industries, such as the pharmaceutical industry, oil, steel, nuclear reactors, food and water treatment, and waste disposal projects. Meanwhile, states like Maharashtra and Gujarat, including the capital Delhi, have started wailing for oxygen. On Sunday, Delhi Chief Minister Arvind Kejriwal tweeted about the dire situation. The Center has taken several steps to handle the situation. For so long, oxygen was mainly sent by road. But in the Corona situation, oxygen needs to be transported faster from one end of the country to the other. In this situation, Indian Railways has come down to the ground after the request of several state governments. Created route map and ‘Oxygen Express’. Plans have also been made for the delivery of oxygen tankers by any means. Meanwhile, the number of corona victims is on the rise across the country. Chhattisgarh tops the list at the moment in terms of infection rate. The weekly infection rate in the state is about 30.36 percent. Goa (24.24 per cent) and Maharashtra (24.18 per cent) are in second and third place respectively. But this is just the tip of the iceberg. Health officials do not see any possibility of improving the situation in the next one month. Today or tomorrow, the number of daily infections will exceed three lakh. As a result, it is clear that the fight against the virus is going to be more difficult.