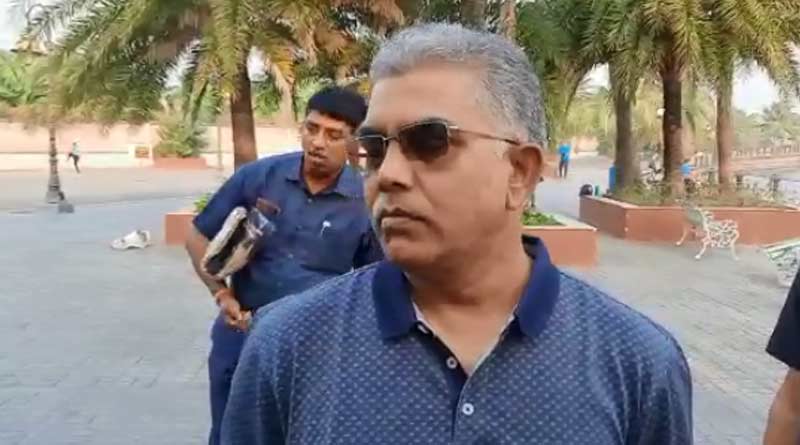 Published by: Subhajit Mandal | Posted: April 24, 2021 11:57 am | Updated: April 24, 2021 11:57 am News Daily Digital Desk: Coronavirus only attacks the weak. The strong cannot overpower anyone. State BJP president Dilip Ghosh thinks so. The state BJP president also gave various tips to deal with Corona during a tea party in Malda on Saturday. Dilip Ghosh says, “I have energy in my body, I am killing Corona. Don’t just attack those who are weak. ” How to prevent this virus? BJP state president Totka said, “Eating hot food helps in quick digestion. When you play cold, it gets hot in the body. As a result body heat goes away. Do not drink cold water. I never drink cold water. ‘ This is not the first time that the BJP state president has been given corona medicine. Earlier, he had claimed that Corona would not be caught playing mother’s prasad. Dilip also claimed that the digestion of ginger, black pepper and cinnamon could play an important role in preventing the virus. Coincidentally, the BJP state president himself was attacked by Corona in the first push of Corona last year. He had to be admitted to a private hospital for ten days. Even so, many of Dilip’s colleagues are still in the grip of Corona.

In fact, state BJP president Dilip Ghosh is comfortable with a little debate. Netdunia has also laughed at his multiple diagnoses. There has also been controversy. Corona infection is on the rise across the country and the state at the moment. Thinking about Corona, all the parties have canceled their political programs. Prime Minister Narendra Modi himself is holding a virtual meeting by closing the public meeting. So is the Chief Minister. Everyone is heard to warn the common people about Karona. In all this, Dilip Babu might have done better if he had given a message of awareness without giving this tip, like the informed Mahal. Sangbad Pratidin News App: Download to get the latest updates of news Like to stay in the daily news Like on Facebook and follow on Twitter. Get updates on all news LikeDownload News every day