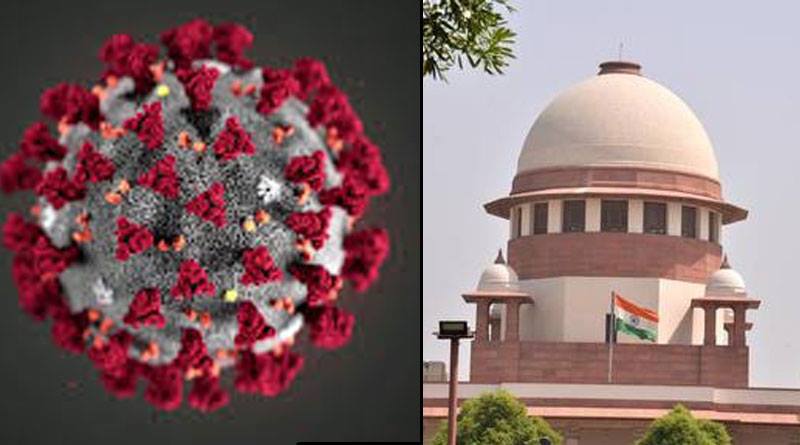 News Daily Digital Desk: ‘National catastrophe’ is going on in the country. A ‘national plan’ is needed to deal with difficult situations. Especially in the case of oxygen supply and vaccine distribution. On Thursday, the Supreme Court gave strict instructions to the Center. The apex court also issued a notice to the Center directing it to draw up a national plan for speedy distribution of oxygen and vaccines. The apex court has also filed a self-motivated case in this regard. The CJI said, “We have 4 issues primarily in mind – supply of oxygen, supply of essential drugs, manner of vaccination are among them.” Senior Advocate, Harish Salve will represent as amicus curiae, we want to see a national plan on this issue, the CJI said.— ANI (@ANI) April 22, 2021 These are the supply of oxygen, the supply of essential medicines, the method of vaccination and the overall plan. Chief Justice SA Bobde said, “The current situation in the country is similar to the national emergency. We want to know a national plan in this regard. We have four main things to know. These are the supply of oxygen, the supply of essential medicines, vaccination methods and plans. ” The Chief Justice said cases were pending in the Delhi, Bombay, Sikkim, Madhya Pradesh, Kolkata and Allahabad High Courts. Those courts are also trying to exercise their legal rights in the interest of the people. But, we think a suspicion has been created somewhere. The Supreme Court will also intervene in this matter. The apex court also said that it would like to see whether the high court has the legal authority to declare a direct lockdown.

Both the Supreme Court’s ‘national catastrophe’ remarks and its directive to formulate a national plan will put some pressure on the Center. Because, the center is still not willing to compare the second wave of corona with disaster. Besides, no overall plan to supply vaccines or oxygen across the country has been announced by the Center so far. Sangbad Pratidin News App: Download to get the latest updates of news Like to stay in the daily news Like on Facebook and follow on Twitter. Get updates on all news LikeDownload News every day