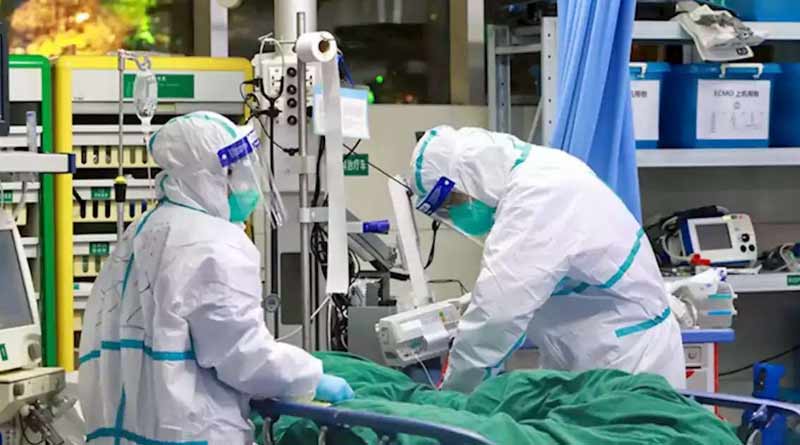 Published by: Subhajit Mandal | Posted: April 19, 2021 11:57 am | Updated: April 19, 2021 11:57 am News Daily Digital Desk: Flowers were thrown from a helicopter to honor the COVID Warriors. The brass bell was also played to increase confidence. But all that is just watching. In reality, it looks like a completely different picture. The Narendra Modi government at the Center also took away the minimum protection of Corona fighters. Closed is the insurance introduced for Corona fighters. After the lockdown last year, the center launched a life insurance scheme worth Rs 50 lakh for doctors, nurses and health workers. This insurance service was introduced under the Pradhan Mantri Garib Kalyan Package. In case of death of a doctor, nurse or health worker in the fight against Corona Virus, his family would be given Rs 50 lakh assistance. Municipal sewage workers and Asha workers were also brought under the scheme. Union Health Secretary Rajesh Bhushan said a total of 26 Corona fighters’ families have so far benefited from the project. However, from now on, the families of Karona fighters will not get that help. Initially, the insurance facility was introduced for three months from March 30, 2020. But later his term was extended to March 24, 2021. According to sources, Union Health Secretary Rajesh Bhushan has recently written to the Chief Secretaries of all the states informing them that the life insurance scheme for doctors, nurses and health workers is not being extended. If someone dies before March 24, his family will get insurance cover money. Documents can be submitted till April 24. From then on, the benefits will not match. However, new plans are being made for Corona fighters. Which will be launched soon.

At present, the number of daily corona attacks in the country is around three and a quarter lakh. Sixteen hundred daily deaths have passed. A large part of these victims and the dead are Corona fighters. Even after being vaccinated, many doctors and health workers are reported to be infected. Despite all this, despite the fear of death, Corona fighters are serving the common people day and night. However, in this dangerous situation, the rationale for taking away this minimum benefit of Corona fighters is naturally in question. Sangbad Pratidin News App: Download to get the latest news updates News Like every day to stay in the regular news Like on Facebook and follow on Twitter Follow all the news updates Like News in Daily