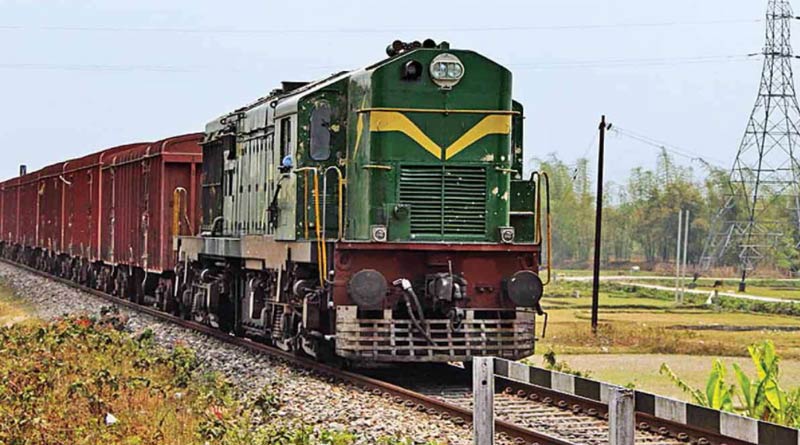 Biplob Chandra Dutt, Krishnanagar: Two young men were killed in an online game again. They were killed when they were hit by a freight train while playing online games while wearing headphones. The tragic incident took place on Saturday evening in the area between Panchberia and Bankimnagar halt stations of Ranaghat-Gede branch of Nadia district. What exactly happened? It is learned that on the evening of the incident, two youths named Ariful Dhabak (25) and Bappa Raj Sheikh (22) were playing online games on their mobile phones while wearing headphones. Sitting on the railway line in the evening, they were so engrossed in playing games that they did not notice the train running through the down line. However, they did not even think about the train coming down the line while playing the game. Meanwhile, the driver of the wagon that came down the line repeatedly blew the whistle when he saw the two young men sitting in the line. However, they did not regain consciousness at all. It is reported that some locals noticed the matter and shouted. But the shouts did not reach the ears of the two young men as they had headphones in their ears. In the end, one of them was forced to throw stones at the railway line. After regaining it, they regained consciousness. By that time the wagon had come very close.

It is also clear that even though the two tried to escape at this time, no one’s intellect acted in that way at that moment. Because instead of moving away from the railway line, they tried to run along the line, leaving the train behind. But they did not get close to the speed of the train. The two died on the spot when the train hit them. Upon receiving the news, the railway police reached the spot. The body was later recovered and sent for autopsy. According to police and local sources, the deceased died at Rajapur village of Raghunathpur Hijuli Gram Panchayat No. 2 of Dhantala Police Station. About two friends. According to the locals, the train runs on two lines, up and down. Saturday time was a little more than 6 pm. Two friends with mobile phones in their hands walked a little along the railway line and first sat on the up line. But when the train came to that line, they got up from the up line and sat face to face on the down line. He was playing online games on his mobile phone with headphones on. They were so engrossed in playing the game, they had no idea that the train could come down the line at that time. While they were playing games, the Ranaghat-bound wagon was coming towards them through the down line. The train driver blew his whistle several times when he saw the two of them sitting on the railway line. However, the last defense was not. Parvina Khatun, a relative of the deceased, said, ‘They have become very addicted to an online game on their mobile. Most of the time he used to play that game with headphones in his ears. That game took the lives of both of them. Despite all efforts, they could not be saved.