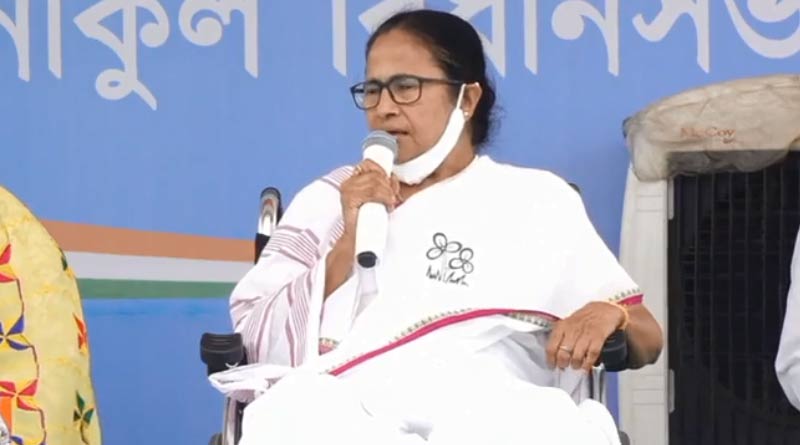 News Daily Digital Desk: State Chief Minister and Trinamool leader Mamata Banerjee is under the watchful eye of the Election Commission again. On April 3, the Election Commission sent him a notice following a remark made by Mamata at a public meeting in Tarakeswar. The Chief Minister has been asked to explain his statement within the next 48 hours.

EC issues notice to West Bengal CM & TMC leader Mamata Banerjee over her statement on 3rd April, “appealing Muslim voters not to let their vote be split among different political parties & demanding votes on communal ground for TMC”. EC asks her to explain her stand within 48 hrs pic.twitter.com/nHH3ovElz0

On April 3, the state chief minister was heard saying in Tarakeswar, “Don’t let the minority vote be divided by listening to the devils.” He complained, ‘BJP wants to divide Bengal in the name of religion. Attempts are being made to destroy the culture of Bengal. ”BJP leader and Union Minister Mukhtar Abbas Naqvi approached the commission against Mamata’s remarks. He claimed that Mamata had violated the election code of conduct with the message of uniting minorities. On the basis of the allegation of the Union Minister, the Election Commission decided to send a notice to the Chief Minister this time. The state chief minister has been directed to explain his remarks within the next 48 hours.

Coincidentally, Prime Minister Narendra Modi himself was vocal about the Trinamool leader’s remarks at a public meeting in Kochbihar two days ago. He claimed, “Mamata Banerjee has publicly called on all Muslims to be one. “All Muslims should be one, don’t let the vote be divided.” He had a sneer at the Trinamool leader, “As Mamata says, if I had said that all Hindus should unite and vote for the BJP, the Election Commission would have given me 7-8 days notice.” The notice also came to the Prime Minister’s Office. I don’t know if the commission will give you notice. ” The commission issued a notice to Mamata within two days of the sarcasm.