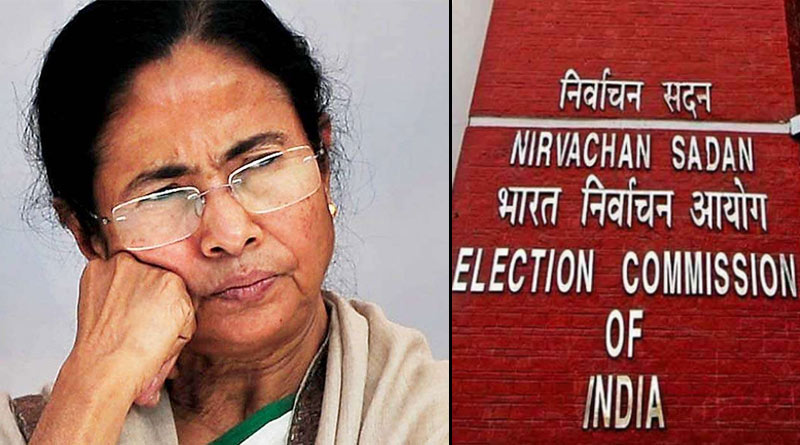 News Daily Digital Desk: Trinamool leader Mamata Banerjee has been issued another notice by the Election Commission. The commission has issued show cause notices in response to remarks made by the chief minister on March 26 and April 6 about the central forces. As mentioned, Mamata’s remarks about the force are ‘unfortunate’. Why did he make such a comment? The Trinamool leader has to explain that. And this explanation has to be given by April 10. In other words, the Chief Minister has to respond to the notice of the commission within 24 hours.

Election Commission of India issues notice to CM & TMC leader Mamata Banerjee asking her to explain her stand by 10th April, regarding her statements against Central Forces on 28th March & 7th April

This is the second notice issued to her by the Election Commission#WestBengalPolls pic.twitter.com/yO7oy1HLhc

In fact, from the very beginning, there has been a lot of sympathy for the role of central forces in state elections. He alleged that under the pressure of the Union Home Ministry, the Central Army personnel were trying to influence the Bengal elections. Trinamool (TMC) voters are being intimidated. The forces are trying to give advantage to a particular political party. At a meeting in Kochbihar North on April 8, the Trinamool leader advised the women voters to retaliate if the central forces came to influence the vote. He was heard to say, “When the Central Force soldiers come to create unrest, surround them with a group. Another party went to vote. Write down the names of those who are doing this. ” Earlier on March 26, there were allegations against the Chief Minister for making similar remarks about the army. The commission has strong objections. They claim that the Trinamool leader’s remarks are ‘unfortunate’. Quickly he was asked to explain this comment.

This, however, is not the first notice sent by the commission to Mamata Banerjee. Earlier, on April 3, the Election Commission sent a notice to him following a remark made by Mamata at a public meeting in Tarakeswar. In Tarakeswar, the state chief minister was heard to say, “Don’t let the minority vote be divided by listening to the devils.” He complained, ‘BJP wants to divide Bengal in the name of religion. Attempts are being made to destroy the culture of Bengal. ”BJP leader and Union Minister Mukhtar Abbas Naqvi approached the commission against Mamata’s remarks. He claimed that Mamata had violated the election code of conduct with the message of uniting minorities. The commission sent a notice to the Chief Minister on the basis of the allegation of the Union Minister. Today is the last day to respond to that notice.