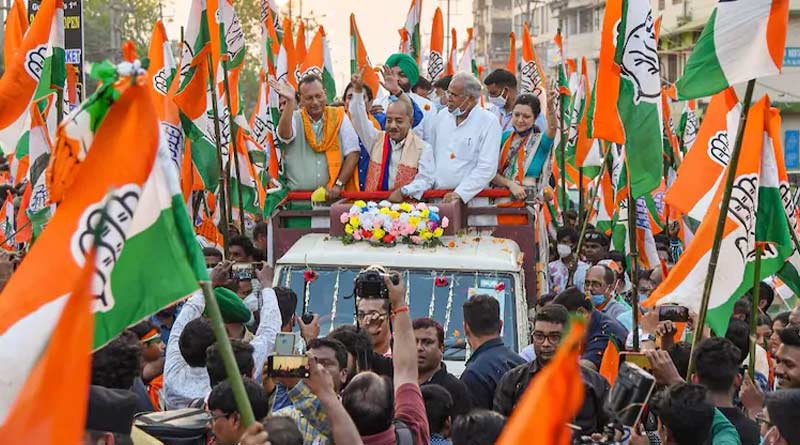 News Daily Digital Desk: The assembly elections in Assam have just ended. The northeastern state has completed three rounds of voting. The results of the vote will come out on May 2. But before that, the Assam Congress moved several candidates from itself and its allies to Jaipur. The decision was taken to stop the BJP MLAs from trying to trade. Although some of these candidates have been removed for the time being, the rest will be shifted to Rajasthan later, the top leadership of the Congress said.

It is learned that the candidates of All India United Democratic Front, Boroland People’s Front and Left Front formed under the leadership of Maulana Badruddin Ajmal have been taken to Jaipur. There are also several Congress candidates. There they were housed in a five-star hotel called Fairmont. The rest of the Congress candidates will be taken there later. Kong’s top leadership has also instructed that no strangers be allowed to meet with those candidates. All responsibilities in this regard have been shifted to Congress Chief Whip Mahesh Joshi and MLA Rafiq Khan in Rajasthan.

Earlier, the BJP was accused of forming a government by trading horses in Karnataka and Madhya Pradesh. Even in the Assembly election campaign in Bengal, Chief Minister Mamata Banerjee has warned about buying and selling MLAs by scattering BJP money. Meanwhile, Gerua Shibir is also on the back foot in the NRC issue in Assam. There is also uncertainty about forming a government. That is why the Congress took such a step to stop the trade of horses. Incidentally, an EVM was found in the car of a BJP MLA during the Assam polls. Whose video also went viral on social media. The Congress also lodged a complaint with the Election Commission.