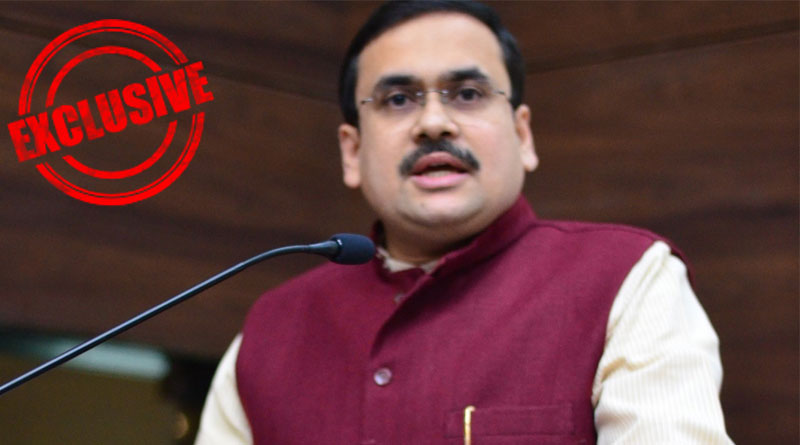 Dipankar Mandal: Known as an educationist in the relevant quarters. Shyamaprasad Mukherjee is the director of the foundation. All his life he has only run after acquiring knowledge. He has also successfully applied Sesab. Calm but calm in the face of criticism, the arrow of irrefutable reasoning. In this way a large part of the education community knows him. But this time the people of Bengal know this educator a little differently. He is Anirban Ganguly. He is currently the BJP candidate from Bolpur Center in Bengal politics. Apart from his own work, he is currently focusing on the politics of Lalmati. Outgoing Fisheries Minister Chandranath Sinha. But in that sense, the fight is against his dreadful leader Anubrat Mandal, the man of the opposite pole of Anirban Babu. What kind of political struggle? Anirban Gangopadhyay on ‘Sangbad Pratidin’ Facebook Live with answers to many questions. There are some initial differences between the struggle for parliamentary democracy and the movement for social change. It can be understood in a little conversation with eminent educationist and BJP candidate from Bolpur Anirban Gangopadhyay. That is why he dislikes politicians like Mamata Banerjee, Chandranath Sinha and Anubrat Mandal. Anubrata Mandal, who always speaks in vulgar language, therefore seems to be his biggest ‘bomber’, ‘terrorist’. He told ‘Sangbad Pratidin’, “I have never seen such a big bomber, a terrorist on the soil of Bengal.” And the way the grassroots activists led by Mamata Banerjee surrounded the central forces in Shitalkuchi shows how they are. Trinamool leaders are supporting it. They behave like terrorists like Masood Azhar. ”

Although he went down to fight in the field of politics, he did not focus on mainstream politics. He is still attracted by education and culture. So even if the people’s representative is elected, the direction of his work will be the same. The BJP candidate from Bolpur also said. He said, “The soil of Bolpur belongs to two proverbial Bengali writers of the world, Rabindranath Tagore and Joydev. Everyone remembers one. But Joydev is almost forgotten. There is controversy about him. But everyone knows, his birthplace is here. His ‘Gitagovinda’ is a great asset in the history of Bengali literature. I want to build a national level Baul Kendra here in memory of Joydev. So that the field of his practice is wider. ”

Visva-Bharati’s vice-chancellor Bidyut Chakraborty, who has been the subject of much controversy recently, said Anirbanbabu was not close to the BJP or the RSS. The appointment was made on the recommendation of former President Pranab Mukherjee. Educationist candidates naturally have questions about the new National Education Policy (NEP 2020). Anirban Babu thinks the policy is internationally acclaimed and timely. He also said that if they come to power, it will be implemented in the state soon. Sangbad Pratidin News App: Download to get the latest updates of news Like to stay in the daily news Like on Facebook and follow on Twitter. Get updates on all news LikeDownload News every day