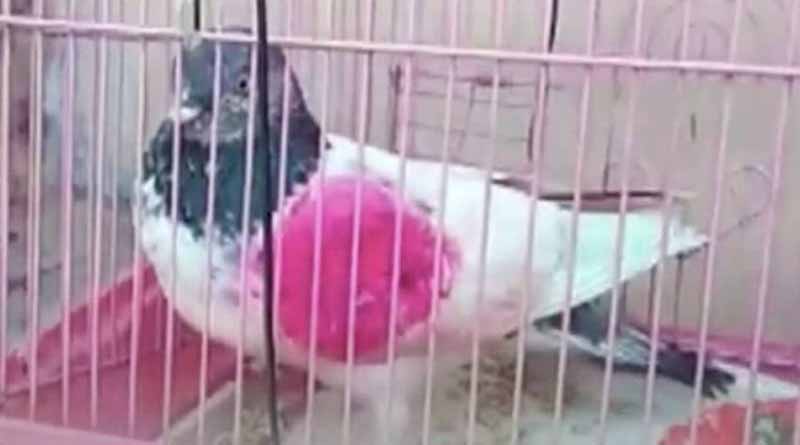 Published by: Arupkanti Bera | Posted: April 21, 2021 4:51 pm | Updated: April 21, 2021 4:51 pm Symbolic image. News Daily Digital Desk: Attempts to smuggle information at the feet of pigeons again. This time a pigeon was caught at Roranwala outpost in Punjab. There is a sign written on the leg of that pigeon. A complaint has been lodged against the pigeon. Earlier, such a pigeon was caught in Jammu and Kashmir last year. The pigeons were claimed to have been sent from Pakistan. The investigation has started after recovering the sign written paper from the pigeon’s foot. According to police sources, an army worker named Neeraj Kumar was on duty in front of the army camp at Roranwala on April 18. Suddenly a black and white dove came and sat on his shoulder. He grabbed it before it flew away. Neeraj was shocked when he went to test the pigeon. See a white paper stuck with his feet. Neeraj immediately informed Ompal, the commander of the border outpost, about the matter. The pigeon was taken to the camp and the paper was opened. It can be seen that there is a number written in it. However, no details were obtained from the army or police about the number and the purpose for which it was written. However, the police and army are trying to find the pigeon for which it was sent from across the border. An FIR has been lodged with the Kahagarh police station in Amritsar after the pigeon was caught.

One such pigeon was caught from the Pak border in Kathua district of Jammu and Kashmir in May last year. The service was also suspected, Pakistan trained these pigeons for espionage. Once again a secret signal was recovered from the pigeon’s foot. But then the pigeon flew to Pakistan. Recently, the BSF came to know about the exchange of information through pigeons in the old way. It is learned that the matter is being closely monitored.