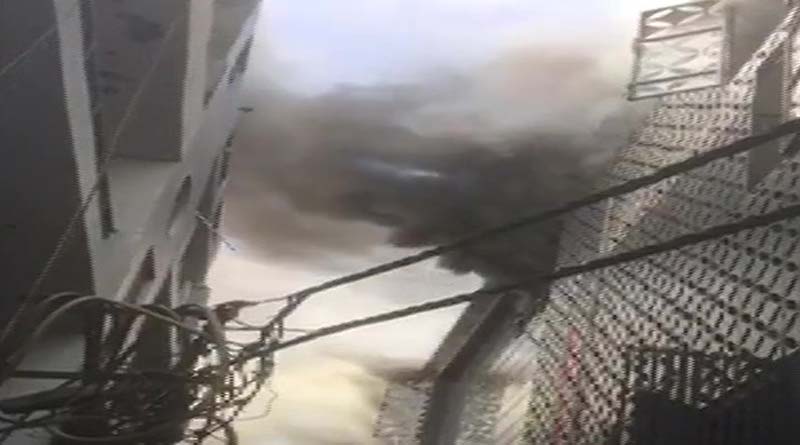 News Daily Digital Desk: The catastrophic fire broke out at 7 am at a factory in Damodar Park, Delhi. Fifteen fire engines reached the spot. Attempts are being made to bring the fire under control during the war. However, the whole area is already covered in smoke. Coils of smoke can be seen coming out from inside the multi-storey building. Panic spread among the locals.

It is learned that the factory is located near the office of MTNL (Mahanagar Telephone Nigam Limited) at Damodar Park, Delhi. In the morning, the locals saw smoke coming out from there. The fire brigade was informed immediately. However, the fire spread before the engine arrived. The whole area was covered in smoke. Firefighters began bringing the fire under control during the war. However, the fire was so severe that it took quite a while to get to work. Although work is currently underway. However, according to the latest news, the fire has not been brought under control yet. It is unknown at this time what caused the fire.