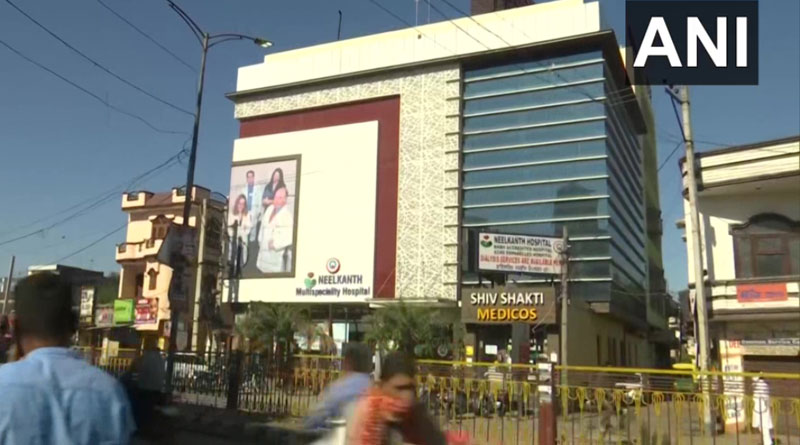 News Daily Digital Desk: No way to breathe, oxygen crisis. So even trying to breathe a little until the moment before death is in vain. The second stroke of the coronavirus is accelerating the death of many people in the country due to lack of oxygen. Five corona patients have died at a hospital in Amritsar due to lack of oxygen. This situation has been there for the last 48 hours. Authorities allege, according to government policy, government hospitals are being supplied with oxygen earlier. Then there is the opportunity to get oxygen in a private hospital. And that is the defeat that is happening. Hundreds of people are dying due to lack of oxygen. Amritsar | Five patients have died at the hospital. We are facing an oxygen shortage for the last 48 hours. The administration is saying that oxygen will not be given to private hospitals before government hospitals: MD, Neelkanth Hospital pic.twitter.com/c4GNeMn86m— ANI (@ANI) April 24, 2021 Horrible pictures are coming up from Delhi hospitals. Somewhere oxygen is stored for only 12 hours, someone or the patient is returning saying there is no oxygen. As Saroj Hospital clearly states, patients are being discharged without any risk due to lack of oxygen. According to Batra Hospital authorities, only one ton of oxygen cylinder has arrived. That is not enough for 270 patients. So the crisis is going on. As a result, lack of oxygen is most evident in the capital Delhi.

However, many are blaming the Kejriwal government for the oxygen crisis in Delhi. Allegedly, the Chief Minister did not pay much attention to setting up an oxygen plant even after being in power for three terms. As a result, all the oxygen needed in Delhi has to be imported. In a situation where the Corona crisis is rampant across the country, it is virtually impossible to import so much oxygen. And that is what is happening in Delhi. There is no supply as required. According to a hospital, about 200 of their patients are in critical condition. But the reservoir has the capacity to supply only half as much oxygen. All in all, the lack of oxygen supply is the biggest obstacle to coping with the second wave of corona. As long as there is breathing, there is no way out of Ash.