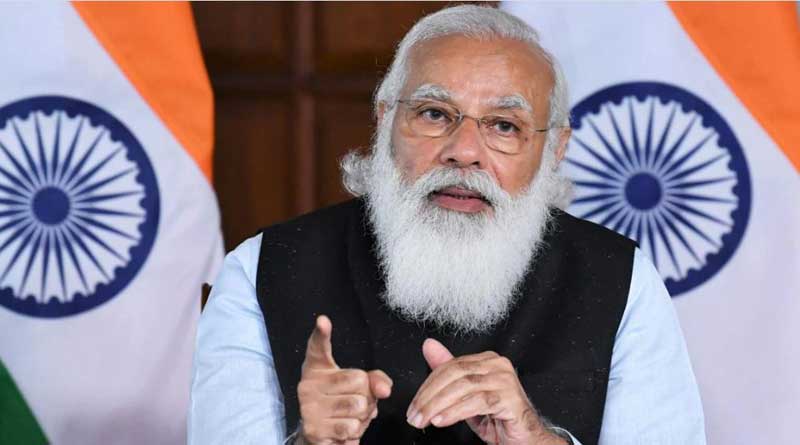 Published by: Biswadip Dey | Posted: April 23, 2021 3:39 pm | Updated: April 23, 2021 4:39 pm News Daily Digital Desk: Big announcement center in Coronavirus situation in the country. In May and June, the government announced free foodgrains under the ‘Prime Minister’s Poor Welfare Food Scheme’. Meanwhile, Prime Minister Narendra Modi on Friday held a virtual meeting with the chief ministers of the 11 states and union territories where the worst situation is in the Corona Pandemic. That discussion raised the issue of wailing for oxygen in hospitals across the country. The Prime Minister has assured everyone to take immediate action in this regard. What exactly has the Center said about giving free rations? It is learned that people living below the poverty line in the country will be given 5 kg of food grains in May and June. This will benefit about 700 million Indians. This ration will cost the central government Tk 26,000 crore.

PM Modi stated that the Center is working on all possible options to reduce the travel time and turnaround time of oxygen tankers. For this, Railways has started Oxygen Express. Empty Oxygen tankers are also being transported by the Air-Force to reduce one way travel time: PMO— ANI (@ANI) April 23, 2021 During the meeting, he said that the center was making arrangements for the delivery of oxygen tankers to the hospitals in all possible ways. He also spoke about Oxygen Express. The Prime Minister also said that the aircraft was being used to quickly evacuate the empty oxygen tankers. In addition, the Ministry of Defense said that 23 mobile oxygen plants will be brought from Germany. The plants will arrive in India within a week. Besides, the Prime Minister said that the Ministry of Health is keeping in touch with the states on the Corona situation at all times. He said the situation is being monitored all the time. Modi called on all states to work hand in hand in this difficult time.