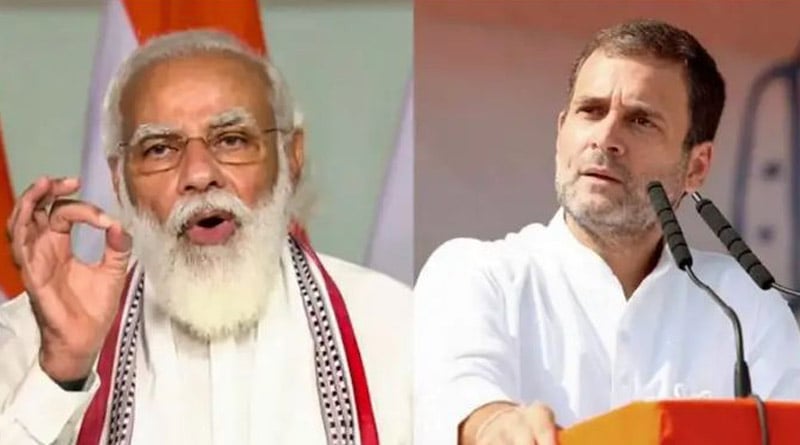 Published by: Biswadip Dey | Posted: April 25, 2021 1:58 pm | Updated: April 25, 2021 2:37 pm News Daily Digital Desk: On the last Sunday of every month, Prime Minister Narendra Modi speaks on ‘Mann Ki Baat’. Even today, he was seen addressing the nation on this monthly radio program. On the same day, Congress leader Rahul Gandhi taunted him. Although he did not name him directly, Rahul wrote on Twitter, “The system has failed. So now it is important to do ‘Jaan Ki Baat’. ” It is clear from his tweet that he has made that post by stabbing the Prime Minister’s radio program. He has been seen tweeting many times before mocking the Modi government. However, today’s tweet was not just a joke. The situation in the country is unsettled due to the second wave of corona. “The system has failed, so it’s important to do Jan Ki Baat: In this crisis, the country needs responsible citizens,” he said. I request my Congress colleagues to leave all political work- just provide all help and ease the pain of our countrymen.This is the Dharma of the Congress family.— Rahul Gandhi (@RahulGandhi) April 25, 2021 What exactly did the Congress leader write? “The system has failed,” he wrote in two Hindi and English tweets on Sunday. So now it is important to do ‘Jaan Ki Baat’. The country needs responsible citizens in this time of crisis. I urge all my colleagues in Congress to give up all political activities and help only the citizens of our country and alleviate their suffering. That is the religion of the Congress family. “

By the way, the Prime Minister has advised the people not to panic in this year’s ‘Mann Ki Baat’ program. RG said to be aware. At the same time, Kurnish informed the struggle of Corona fighters. He also assured about free vaccination.