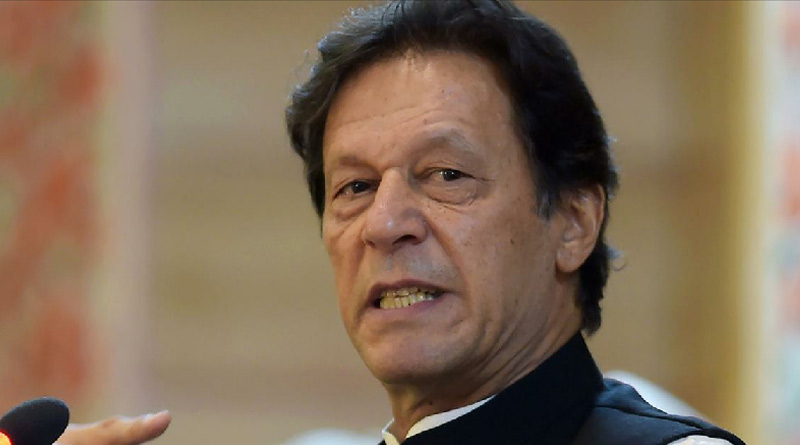 News Daily Digital Desk: Obscenity has been imported from western countries. That is why rape is on the rise in Pakistan. Pakistani Prime Minister Imran Khan made such a controversial remark. Asked about the rising number of rapes in the country on a live program on Pak Doordarshan, Imran said, “Such incidents are more common in a society where indecency is on the rise.” Admitting that the incidence of rape is on the rise, the Pakistani Prime Minister is advising all women to wear Dhaka clothes.

The controversy surrounding Imran’s remarks has intensified. The Human Rights Commission of that country also thinks that such a comment from a public leader is not desirable. Meanwhile, Imran’s ex-wife Jemaima Goldsmith also took him by the hand. In a tweet, he refuted Imran’s claim by quoting verses from the Qur’an.

I’m hoping this is a misquote / mistranslation. The Imran I knew used to say, “Put a veil on the man’s eyes not on the woman.” https://t.co/NekU0QklnL

Jemaima, who is also a British filmmaker, made it clear on her Twitter account that the Qur’an says men should keep their eyes closed and control their genitals. At the end he wrote, “This responsibility belongs to men.” But with that hopefully, it might be the wrong quote. He wrote, “The Imran I knew used to say, let there be veils in the eyes of men, not girls.”

Incidentally, such comments about clothing are not new at all. Such strange arguments in favor of violence against women have been heard before. According to statistics, an average of 11 women are raped every day in Pakistan. The Pak Human Rights Commission thinks that in such a situation, it is very dangerous for such words to come out of the mouth of a statesman. They have already issued a statement protesting Imran’s remarks. Many people have signed it online. The statement said Imran’s remarks highlighted the government’s failure to curb rape.