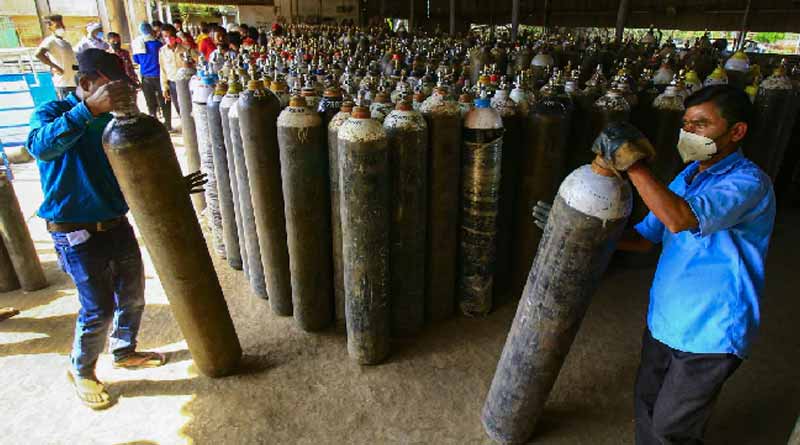 News Daily Digital Desk: ‘Navishwas’ of Indians due to Corona! In this context, the report of the Union Ministry of Commerce said that the Oxygen export index has ‘increased’. As of January this year, oxygen exports have increased by 600 per cent, the ministry claimed. Experts claim that the export volume has almost doubled this financial year as compared to the previous financial year. Although the government claims, this oxygen is needed by the industry. Not for health. The countrymen are struggling in the second wave of Corona. In the last few days, however, the Center has decided to reduce the production of oxygen for industry and increase the amount of oxygen for health. A few days after that decision, the report on oxygen exports from the Union Ministry of Commerce was published. Where mentioned, 9000 metric tons of oxygen has been exported from April 2020 to January 2021. Of this, 4,500 metric tons were exported in FY 2020. The rest of the exports since January this year. The amount is 634 percent.

In 2019, India’s oxygen exports amounted to only 2193 metric tons. Although the figures for February and March this year have not yet been released. Opposition groups called for the beleagured PM to resign. Their complaint, why the country’s oxygen crisis, is clear in the official statistics. The Center has blown up this demand of the opposition. In response, it has been said that the opposition is trying to create confusion by presenting these figures in front of the people. Because, this oxygen is entirely for use in industry. It has nothing to do with health. A government source claimed, ‘What is revealed in these figures is only oxygen used for industry. This is not a statistic of the export of oxygen used for health in any way.

On Tuesday, the Delhi High Court had sharply criticized the Center over oxygen. The court raised the question, where is the oxygen available during this crisis? Why do patients have to wait for oxygen at the hospital? Although government sources claim, India produces two types of oxygen. Oxygen is mainly exported for industry. The center claimed in court on Tuesday that all but nine companies had been ordered to stop producing oxygen used for industry. So that the supply of oxygen to the country is not stopped in this extreme situation. Sangbad Pratidin News App: Download to get the latest news updates News Like every day to stay in the regular news Like on Facebook and follow on Twitter. Get all the news updates NewsDaily on News Daily