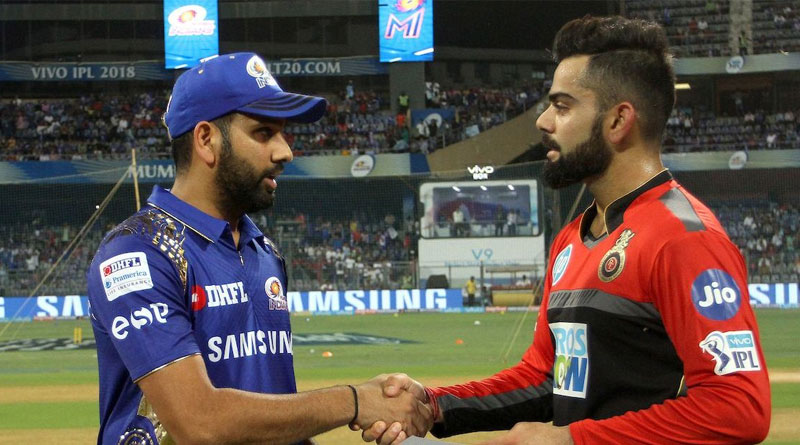 Staff Reporter: The wait is over. Another mega edition of IPL (IPL 14) is starting from today. The BCCI is taking the risk of organizing a mega tournament keeping in mind the corona panic. In fact, the whole country is suffering from epidemics. Many people associated with the IPL are already suffering from this deadly disease. As a result, the fear is going away. But it will not have any effect on the field fight. In the first match, last year’s champions Mumbai Indians and Team India’s captain Virat Kohli’s Royal Challengers Bangalore (RCB) will face each other.

The trophy remained elusive even after reaching the play-off last time. And Virat Kohli’s eagerness to win the IPL this time was understood in RCB practice. Twenty-four hours before the Mumbai match, Virat Kohli told everyone on the team that he wanted the same intensity from everyone in practice. Virat and AB de Villiers joined the team forty-eight hours ago. And on the first day of practice, he explained exactly what kind of mentality he expects from the team. Huge did not stop here. He added, “One thing I would expect from everyone is to spend most of the time on the field. Be it a practice session or a match. Everyone will show the same responsibility, that’s exactly what I hope. It will not change the way we have played so far. ”

The team rose to the playoffs last year. This time he is expecting a better performance from the team, he said. Virat said, “Last year went very well for us. We moved in the right direction. This time our team is much stronger. I hope we will perform better this time. ” This time RCB has taken Glenn Maxwell in the team. New Zealand fast bowler Kyle Jamieson has been picked. It is believed that this Kiwi pacer can surprise in the IPL. Cricketers like Navdeep Saini, Washington Sundar, Mohammad Siraj are much more experienced now.

This is about Kohli, let’s talk about the most successful captain in the history of IPL. Rohit Sharma has won the IPL five times for Mumbai Indians. And keeping ‘Mission Hexa’ in front, Rohit Sharma’s Mumbai Indians are entering this year’s IPL campaign. The Mumbai camp is very confident before Virat Kohli’s first match against RCB on Friday. The Mumbai team has multiple match winners like Rohit, Ishan Kisan, Suryakumar Yadav, Bumrah, Hardik, Krunal. Rohit’s claim is that Mumbai is even stronger as Piysh Chawla has joined the team. Chennai Super Kings did not keep him in the team this time. Mumbai picked up Piyush in the auction. Twenty-four hours before the first match, Rohit said on the team’s Twitter handle, “I have been playing with Piyush since the under-19s. I know and very aggressive bowler. I wanted to bring such a bowler in the team. It’s a good decision to take him. He has taken a lot of wickets in IPL. Very experienced. The biggest thing is, he knows how to bowl in this situation. He knows almost all the cricketers of the opposition. He knows very well what to do in any situation. ” However, it is not clear whether Chawla will play in the first match. Thus, Chennai is always a spin-friendly pitch. That is probably what is going to happen again. However, Mumbai are not getting Quinton D’Cock in the first match.