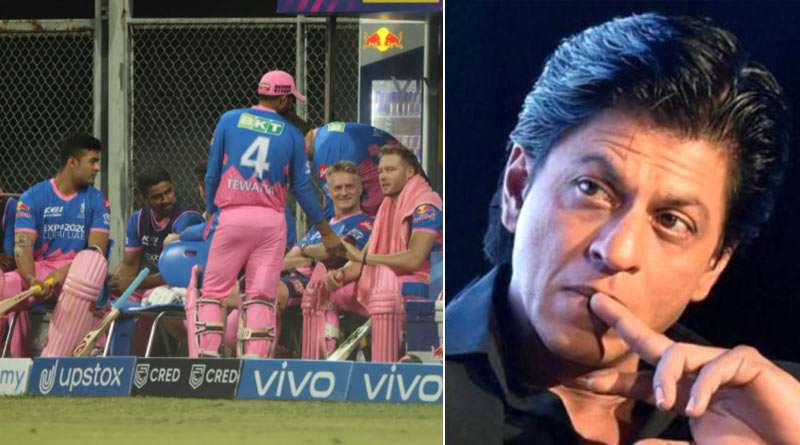 Published by: Abhisek Rakshit | Posted: April 25, 2021 3:34 pm | Updated: April 25, 2021 3:34 pm News Daily Digital Desk: The time is not going well for Kolkata Knight Riders (Kolkata Knight Riders). Despite winning against Hyderabad, Eoin Morgan has lost four matches in a row – Mumbai, Bangalore, Chennai and Rajasthan. The road to the play-off has also become difficult. After losing to Kolkata in this situation, Rajasthan Royals also tweeted mocking their team owner Shah Rukh Khan. However, many King Khan fans consider it an ‘insult’. Once again, the failure of batting in Saturday’s match has drowned KKR. Except for Tripathi-Karthik, no batsman has been able to score as much. On the other hand, KKR bowlers could not fight with a little run capital. In the end, Rajasthan reached the target after losing four wickets. Sanju Samson remained unbeaten in the end after playing an impeccable innings. David Miller qualified him. And after winning the match, the tweet of Rajasthan practically insulted Shah Rukh.

The Royals posted a short video on their Twitter handle. That is why Rahul Sakaria of Rajasthan is seen posing with his arms outstretched like a Bollywood king. With the music of the famous song “Tujhe Dekha To A Jana Sanam” of Shah Rukh’s popular movie ‘Dilwale Dulhania Le Jayenge’. With caption, “MOOD”. And after watching this, the fans of Rajasthan joked but KKR and Shah Rukh fans were not happy at all. Many have also spoken of insulting King Khan on the issue. MOOD 🕺🏻 # HallaBol | #RoyalsFamily | #RRvKKR pic.twitter.com/e4nu3ReC4K— Rajasthan Royals (@rajasthanroyals) April 24, 2021 Meanwhile, former cricketer and commentator Akash Chopra has questioned KKR’s batting order after losing the match. According to him, one of KKR’s star cricketers, Andre Russell, should be sent to bat even higher. Because the Caribbean star can’t play much ball. And that’s why the Knights perform worse. Russell should be sent to bat higher to meet this batting problem.