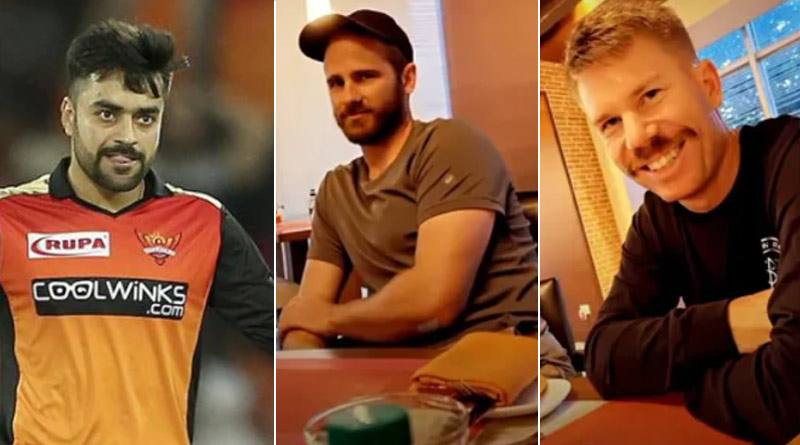 Published by: Abhisek Rakshit | Posted: April 19, 2021 8:05 pm | Updated: April 19, 2021 8:09 pm News Daily Digital Desk: Corona Pandemic IPL is being held in the country. But Sunrisers Hyderabad has yet to win this year’s tournament. Warner Brigade has lost all three matches. However, it did not break the relationship between the players within the team, this time it proved. Now the month of Ramadan is underway. Muslim players from different teams are fasting. The list also includes Rashid Khan and Mujeeb Ur Rahman from Hyderabad. They are also fasting. However, Rashid and Mujib are not alone, they are accompanied by David Warner and stars like Kane Williamson. Rashid himself recently revealed this in his Instagram story.

The Afghan cricketer posted a video on his story. That is why Rashid wrote, “Today two legends are fasting with us.” The video then shows Rashid questioning Warner and Williamson about their experiences. In response, Warner said, “It feels good. But I am very thirsty and hungry. The face is also getting dry. ” Williamson, on the other hand, said he felt very good. Rashid’s post has already gone viral on social media. Everyone from netizens to cricket lovers have praised the work of the two star cricketers of Hyderabad. Kane Williamson and David Warner was doing fasting along with other #SRH players likes of Rashid, Nabi, Mujeeb, Khaleel – This is so so beautiful. pic.twitter.com/HMF9JAqfaJ— Johns. (@CricCrazyJohns) April 18, 2021IPL is literally the best thing happened to cricket🤩🤩❤❤😍😍 pic.twitter.com/jkP4cAUbF7— Touseef Akhtar (@AkhtarNotShoaib) April 19, 2021