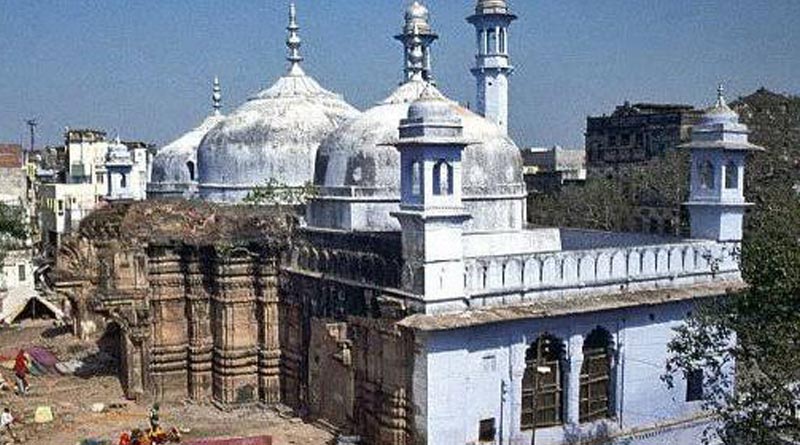 News Daily Digital Desk: After three decades, the court finally ruled on the Gyanbapi Mosque. A Varanasi court on Thursday directed the Archaeological Survey of India (ASI) to form a five-member committee on the matter.

It was alleged in a case nearly three decades ago that the Mughal emperor Aurangzeb demolished the temple of Kashi Bishwanath and built the Gyanbapi Mosque. Fast Track Court Judge Ashutosh Tiwari directed the Archaeological Survey to form a five-member committee to look into the allegations. A five-member committee comprising experts and experts from two religions should be formed. Significantly, a public interest litigation was filed in the Supreme Court a month ago challenging the constitutional validity of the Places of Worship (Special Provisions) Act, 1991. The apex court has. According to the law, the status of any other place of worship cannot be changed from 15 August 1947. That is, if there is a dispute after that day, no mosque can be demolished and a temple cannot be built. However, Ayodhya was excluded from the law due to the lawsuit.

Note that the Gyanbapi Mosque is located next to the famous Bishwanath Temple in Kashi or Varanasi. According to some historians, the temple was damaged more than once by foreign invaders. In 169, the Mughal emperor Aurangzeb occupied the main temple and built the Gyanbapi Mosque. There are still pictures of Hindu deities on the walls of the mosque. Recognizing the sentiments of the Hindus in the eighteenth century, the present-day Bishwanath temple was built near the mosque by Rani Ahlyabai Holkar of the Maratha kingdom of Malwa. In 2016, Prime Minister Narendra Modi started construction of the Kashi Bishwanath Corridor. Work on widening the road from Bishwanath Temple to Ganges Ghat began in that project worth about Tk 600 crore. As a result, several houses in the vicinity of Gyanbapi Mosque were demolished. In an interview with The Wire, the mosque’s caretaker, Saeed Yassin, expressed concern that the gathering had become more crowded. The disputed structure was similarly evacuated before the Babri demolition.