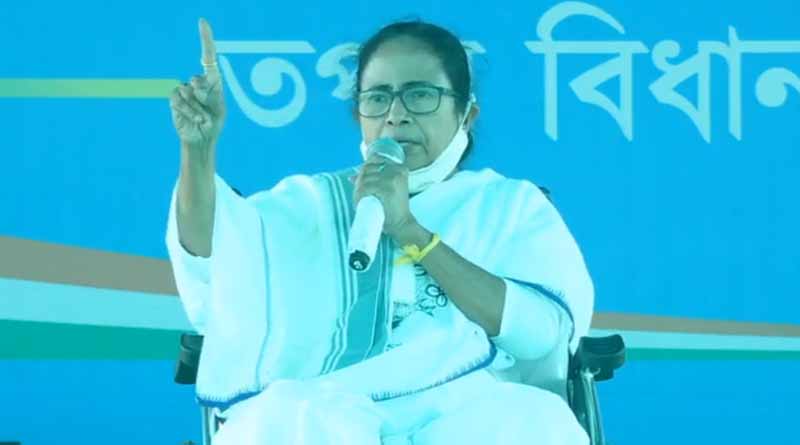 News Daily Digital Desk: Mamata Banerjee has announced that all adults in the state will be vaccinated free of cost. He made the announcement at a meeting of Tapan in South Dinajpur on Thursday. At the same time, the Trinamool leader launched a scathing attack on the Narendra Modi government the day after the announcement of the price of the Seram Institute vaccine. He said angrily, “The BJP will say one country, one policy, and the center, the state, the private sector will share in the ticker!” Mamata demanded that everyone be vaccinated at the same price irrespective of race, religion and age. However, Mamata promised to vaccinate the people of the state free of cost. In a brief election rally in Tapan, South Dinajpur, he practically slammed the Modi government. One nation, one party, one leader shouts BJP all the time but to save lives they can’t have one price for vaccine. age, caste, creed, location. GoI must fix ONE price for Covid vaccine irrespective of who pays— Center or the States. — Mamata Banerjee (@MamataOfficial) April 22, 2021 In the case of private hospitals, the price per dose of Covishield has been fixed at Rs 600. However, the center will get only 150 rupees per dose. A statement from Seram said, “In the next two months, 50 per cent of our production will be vaccinated by the central government. The remaining 50 per cent will go to state and private hospitals. ”Mamata vehemently opposed the announcement. He blamed the center for this policy. At the same time, attacking the Modi government, Mamata said, “If Delhi had vaccinated 6 months ago, no one else would have been vaccinated. I told Narendra Modi to vaccinate me and I would give it to everyone free of cost. Now he says get the vaccine yourself. Where can I get it? Have you already sent all the vaccines abroad? ” “Narendra Modi is responsible for this corona situation,” Mamata quipped. At the same time, Mamata also raised questions about PM Care’s money and said, “People of the country could have been vaccinated free of cost with PM Care’s money. Where did the money go? ” At the same time, he informed about the preparations made by the state for Corona. And what to do.

Mamata once again expressed grief over the death of CPM general secretary Sitaram Yechury’s son. The state cautioned everyone to vote after the mask. Because if you don’t vote, BJP will remove the names if there is a voter list NRC will get the opportunity to do NPR. But he reiterated that the Trinamool would oppose the NRC at any cost.