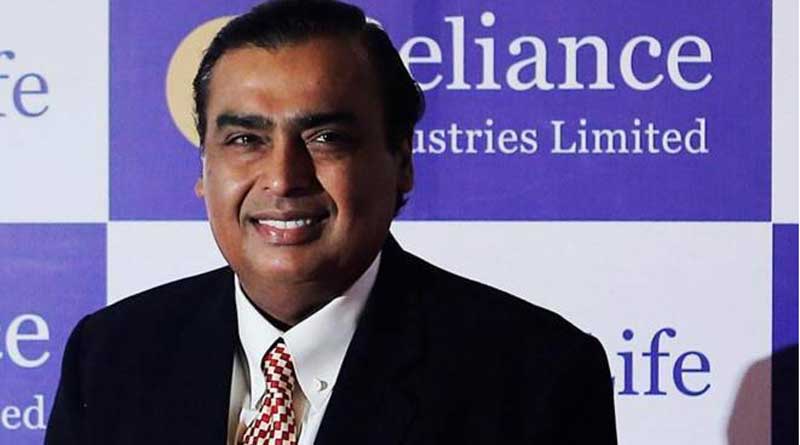 News Daily Digital Desk: Mukesh Ambani, chairman of Reliance Industries Limited, holds the title of richest man in the country. Mukesh is at number one in the new list of the top 10 richest people in the country published by Forbes. Adani Group Chairman Gautam Adani is in the second place in the list. In third place is HCL founder Shiv Nadar. Since March last year, the country’s economy has practically stumbled due to the Corona surge. But despite this, the assets of the country’s best industrialists have increased as the stock market has not deteriorated much.

According to the list, Ambani’s net worth is. 64.5 billion, which is about Rs 825,000 crore in Indian currency. Incidentally, Ambani is the richest man not only in the country but also in Asia. About 6 percent of the country’s exports are through his company Reliance. They are the biggest exporters in the country. Reliance pays 5 per cent of India’s total revenue from customs and excise duties.

However, the shares of Reliance started falling in August last year. The downturn comes in Reliance’s business dispute with US e-commerce giant Amazon. However, he overcame that situation and regained his lost place. Adani, meanwhile, has assets worth 50.5 billion. Which is about 3 lakh 73 thousand crore rupees in Indian currency.

Not only did the fortunes of the top millionaires increase during the Corona period. The number of millionaires has also increased a lot. Where last year the number was 102, this time it has increased to 140.
Among the top ten on the list are two industrialists who have tended to focus on the growing demand for health care in the Corona period. And as a result, the amount of their business has increased. The two are Cyrus Punewala of Serum Institute and Dilip Sanghavi of Sun Pharmaceutical Industries.