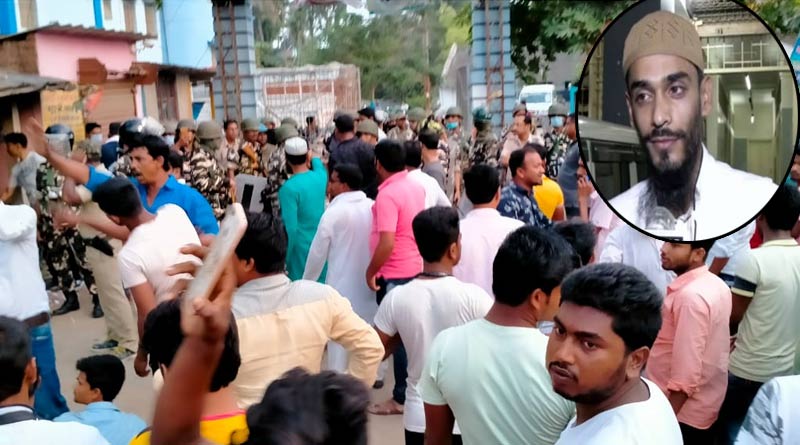 Debabrata Mandal, Baruipur: Bhangar is one of the most interesting battlegrounds in the 44 seats in the state in the fourth phase on the 10th. The ruling Trinamool is fighting alongside the ISF in the minority-dominated Bhangra. And the rivalry between these two wars is heating up the area before the vote. On Thursday, the last day of the fourth round of voting, the ISF protests escalated into unrest. ISF candidate Nowshad Siddiqui staged a sit-in protest in front of Bhangar police station, alleging police indifference in repeatedly attacking party workers. The unrest continued throughout the day.

On the 8th, in the third phase, in 16 constituencies of South 24 Parganas, there were allegations of attacks on ISF personnel and supporters in different places. Maidul Islam, an ISF candidate from Mograhat West, sat in front of the booth at 7 am alleging obstruction of access to the booth. Tensions also spread over them. The party alleges that ISF personnel have been attacked in stages since the vote ended.

The Trinamool (TMC) was also accused of beating several members of the party on Thursday. This time the incident took place in Parganti area of ​​South 24 Parganas Jibantala police station. Injured Monirul Sardar, Sabir Sardar was called to the Trinamool party office and allegedly beaten. They were prevented from going to the hospital even in critical condition. They are at home in that condition. Even after informing the administration, no action is being taken, said Nowshad Siddiqui, ISF candidate from Bhangar and vice president of the party.

On the other hand, in the East Canning Assembly, Shawkat Mollah’s group also alleged that the houses of ISF workers were vandalized and attacked. The area has been in turmoil since the afternoon. Leaders of the South 24 Parganas United Front, including Peerzada Nowshad Siddiqui, are protesting in front of Bhangar Police Station. However, the local grassroots leadership has denied the incident. Like their counterpart, the ISF itself is creating unrest in the area.