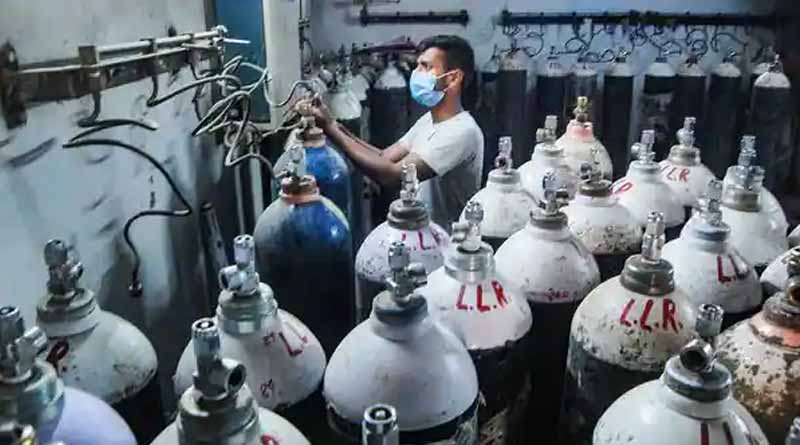 News Daily Digital Desk: Coronavirus second push is a very messy country. The power of mutant strains is much greater. Infections, mortality rates are much higher. In this condition, there is a crisis of oxygen on the knees, which is very necessary for the treatment of corona patients. The Center has issued several emergency directives at an emergency meeting on the issue of oxygen supply in several states, including Delhi. That said, vehicles carrying oxygen cylinders traveling to different states cannot be stopped in any way. In this case, the Ministry of Home Affairs has issued guidelines for further simplification of inter-state transport regulations. No restriction shall be imposed on the movement of Medical Oxygen between the State and transport authorities shall be instructed accordingly to allow free inter-state movement of oxygen-carrying vehicles: pic.twitter.com/EvOkeuT7By— ANI (@ANI) April 22, 2021 The Home Ministry guidelines clearly state that if oxygen is supplied to a state, the entire responsibility rests with the Superintendent of Police, District Magistrates. If there is any problem somewhere, they will be responsible for it. This rule will be applicable from 22nd date i.e. Thursday. Oxygen will be supplied to the states as per this rule till further instructions. No vehicles can be stopped for this. On Thursday, Prime Minister Narendra Modi once again held a meeting with commercial oxygen producers. They want statistics on the supply of oxygen. Strictly instructed, to emphasize the production of oxygen at a rapid rate at the moment.

The meeting was also attended by the Prime Minister, Chief Secretary, Cabinet Secretary, Home Secretary, Health Secretary, Transport officials and representatives of the Policy Commission. Oxygen will be produced in these emergencies, that is instructed. It was then decided in consultation with the transport authorities that arrangements should be made so that there would be no obstruction on the way to supply oxygen to different states. No vehicles, including oxygen cylinders, should be stopped at interstate borders. There has also been talk of non-stop trains for rail transport.