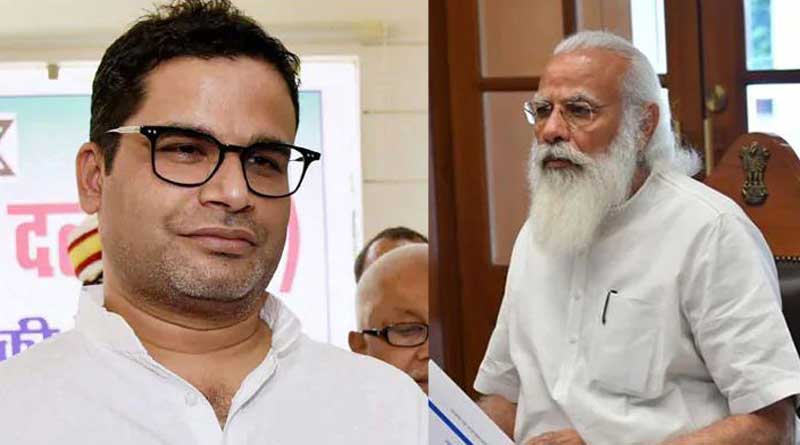 News Daily Digital Desk: Prime Minister Narendra Modi could not understand the coronavirus crisis in the country. He lacks foresight in this regard. That is why he has ignored such a big crisis. Trinamool political adviser Prashant Kishor made such an explosive allegation. He attacked the Prime Minister on his Twitter with a sarcastic tone. The Prime Minister addressed the nation on Tuesday night. After that, Prashant was seen tweeting to vent his anger. He also alleged that the Prime Minister had falsely claimed victory in the war against the tyrants in front of the people. What exactly did the electoral strategist who became one of the most studied faces of national politics write? He claimed on his Twitter account that the Modi government has taken four approaches to deal with any crisis. Not understanding the problem at first and ignoring it due to lack of foresight. Then all of a sudden they took control of the matter and falsely claimed victory. If the problem persists, push it toward others. Then when the situation improves, bring in an army of ‘fans’ to claim the credit for that success. #ModiGovt handling of crisis: # 1: ignore problem to hide lack of understanding & foresightedness # 2: suddenly take control, use bluff & bluster to claim victory # 3: if problem persists, pass it on to others # 4: when situation improves, return with Bhakts’ army to take credit— Prashant Kishor (rasPrashantKishor) April 20, 2021

Incidentally, the second wave of corona is pushing the infection at an alarming rate in the country. In such a situation, Prime Minister Narendra Modi addressed the nation on Tuesday. “The challenge is huge,” he said. But we all have to face this danger together. ”Modi also raised the issue of corona vaccination, saying that every effort is being made to control the cry of oxygen in the country’s hospitals in Corona. Earlier on Tuesday, he sat in a virtual meeting with the country’s top vaccine manufacturers. He is seen emphasizing on increasing the production of vaccines there. However, the opposition is blaming the government for the escalation of the corona crisis in the country. On Wednesday, Congress leader Priyanka Gandhi lashed out at the Modi government at the Center, alleging that the government did not want to listen to the advice of the opposition.