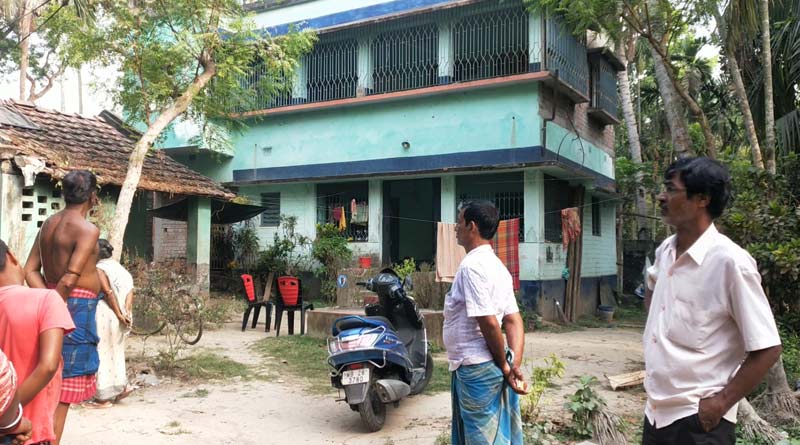 Jyoti Chakraborty, Bangaon: Two young men killed their friend’s money with their hands and wrapped it in polythene and left it in a box. He was killed not 20 days ago, but six months ago. The police revealed such a mystery while investigating the incident of recovering rotten body from Gobrapur area of ​​Bongaon. Police arrested a young man named Abhijit Sannyasi on the charge of murder and took him into custody. Authorities have also started searching for another accused named Pranab Biswas.

The deceased was identified as Sudip Majumder, police said. His home is in Kaliaganj of South Dinajpur district. He was killed about six months ago. For a long time, Sudip’s family was not getting any information. It was even posted on Facebook to find out his whereabouts. And after seeing that post, the police contacted them. They came and identified the dead Sudipta. According to the initial investigation, the two accused killed Sudip by stealing his money.

Earlier on Saturday, police recovered the decomposed body of an unidentified person from a house in Gobrapur area. Police arrested Abhijit, the tenant of the next room, and started investigation into the incident. It is learned that the accused Abhijit Sannyasi and Pranab Biswas used to rent two houses on the second floor of Krishna Das’s house in Gobrapur area. Accused Pranab’s house was closed for about six months. Abhijit also left home a month ago and moved to another place

Upon investigation, the police came to know that the deceased Sudip was an acquaintance of the accused. Sudip came to Gobrapur six months ago to meet the accused with money to buy land. According to the police, the accused killed him by extorting money in the name of buying land The body is then wrapped in polythene and placed on a wooden deck. Pranab then locked the house from outside and left the area. Since then, Pranab has not been found by Krishna Das, the owner of the house. Krishna Das’s son got a rotten stench as soon as he broke the lock of the door to clean the house. Upon receiving the news, the police came and recovered the body wrapped in black plastic in a wooden box and started investigation.