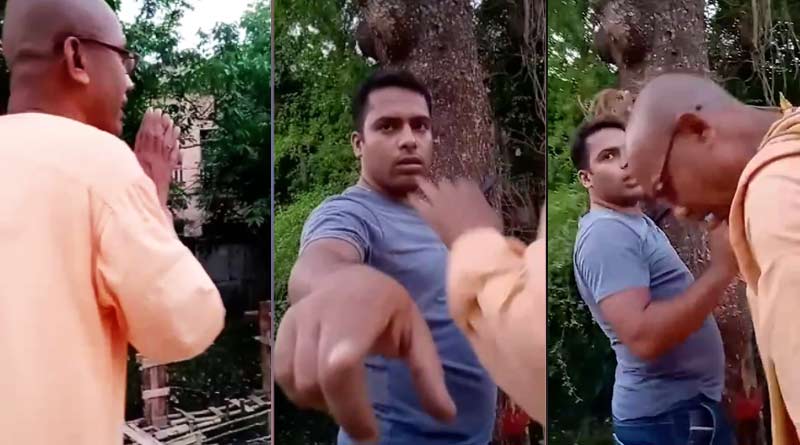 Surjit Dev, Diamond Harbor: Illegal construction was going on in a government place on the side of the road in front of Sarisha Ramakrishna Mission and Sarada Mandir School. An illegal builder harassed one of the maharajas of the ashram as the mission authorities protested. Protests erupted everywhere as the video went viral. Upon learning the matter, the police arrested the illegal builder. The illegal construction work was also demolished.

For some time now, illegal construction work has been going on in front of Sarisha Ramkrishna Mission and Sarada Mandir School Girls Hostel on Sarisha-Nurpur Road. Considering the inconvenience of the two mission schools, the mission authorities asked the illegal builder to stop work. But the construction work was going on freely without listening to him.

A few days ago, Maharaja Swami Parasharananda of Sarisha Ramakrishna Mission left the mission and went to the place where the construction work was going on. As soon as he opened one side of the polythene that was being used, the illegal builder pushed Abdul Hakim Jamadar Swamiji, a resident of Bhusana village, away and allegedly abused him. The illegal builder did not listen to Swamiji’s request to stop the work more than once. The video of the whole incident went viral. The video has reached different parts of the state. There was a storm of condemnation everywhere. The viral video reached the Diamond Harbor subdivision administration and the Parulia Coastal Police.