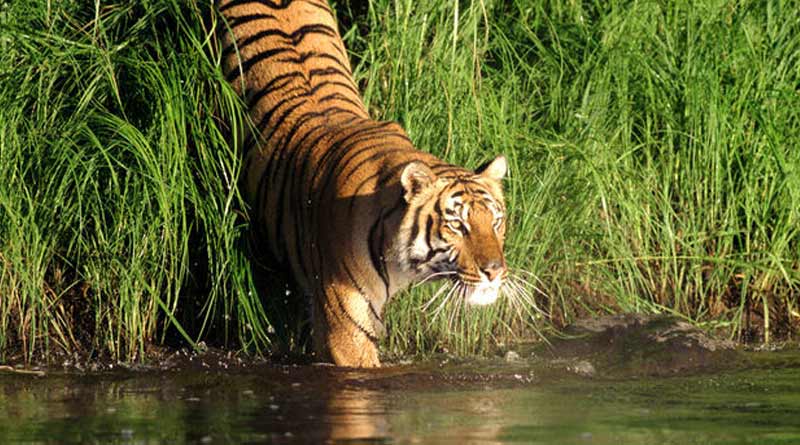 Debabrata Mandal, Baruipur: No government permit. After stealing, a group of four or five people entered the Sundarbans to collect honey. But one of them never returned. He lost his life in the attack of the tiger. His body has not yet been found.

The incident took place in Baghna Forest area of ​​Sundarbans. It is learned that a group of four or five people entered the forest last Friday to steal honey. They steal honey in different areas without government permission. But this time one of the group did not escape from the attack of the tiger. His companions said that a tiger dragged a man named Bhambal Vaishnav, who was forty-five years old. The whole incident has been reported to the forest department. Since then, the search for the body has started. But so far no trace of him has been found. It is learned that the deceased’s house is in Kumirmari village of Gosabar Sundarbans Coastal Police Station.

Tiger attacks in the Sundarbans are not new. Sometimes the fishermen have lost their lives by entering the deep forest in the hope of catching crabs. Although the recent tiger attack has not been heard of much. On the contrary, the sight of the Royal Bengal Tiger from the beginning of the year has brought a big smile on the faces of the tourists. Dakshinaraya has appeared more than once.

But the death of a tiger has spread panic in the area. The bereaved family of the deceased Bhambal Vaishnavism. They are counting the hours to get the body of the member of the house.