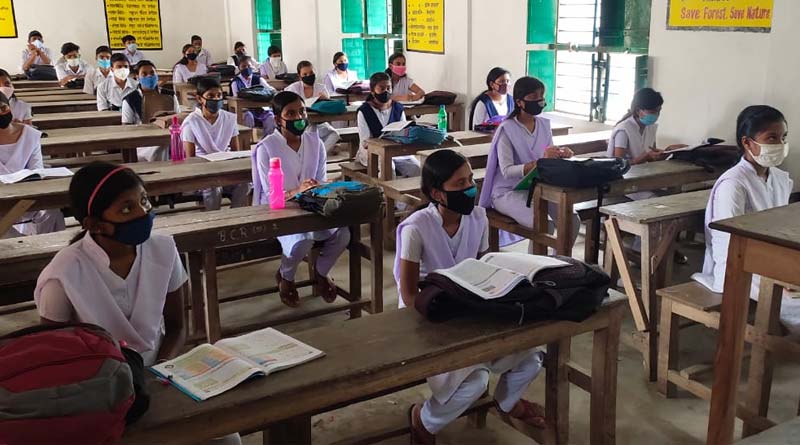 Published by: Paramita Paul | Posted: April 19, 2021 11:25 am | Updated: April 19, 2021 11:51 am Dipankar Mandal: The Corona Virus situation is taking a terrible turn. In such a situation, the state government decided to close the government school again. Government schools in the state have been giving summer vacation since Tuesday. It is reported that this leave has been given indefinitely. A notification in this regard will be issued on Monday afternoon. The school was closed for a long time last year due to the Covid situation. Schools reopened in February this year as the situation in Kovid came under control. However, only ninth to twelfth grade students were taking classes in accordance with the Kovid rules. Teachers and staff had to come to school regularly. But since March the situation has been getting worse. Corona infection is increasing by leaps and bounds. In such a situation, it was decided to close the schools by bringing summer vacation forward. State Education Minister Perth Chatterjee said this on Monday. According to him, this decision has been taken keeping in mind the health of the students. For now, teachers have been told not to come to school. It is unknown at this time what he will do after leaving the post.

Before the school opened, the board released the secondary schedule. It was informed that the secondary of 2021 will start on 1st June. The written test will end on June 10. Work education will end on July 8 and physical education will end on June 25. But if the infection continues to grow in this way, there is uncertainty as to whether the test will take place at all. The CBSE Class X examination has already been postponed. Twelfth class exams have been postponed. Canceled JEE Mains. Shikshamahal looked at the path taken by the state government with secondary and higher secondary examinations in the state.